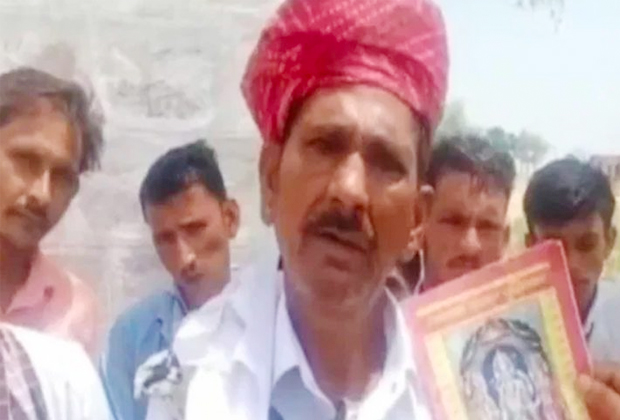 Barmer: The day when the Prime Minister laid the foundation stone for the Ram Temple with a Bhoomi Pujan in Ayodhya, as many as 250 Muslims of 50 families, living in Motisara village of Payala Kalla Panchayat Samiti of Barmer city, in Rajasthan re-converted to Hinduism.

They asserted that they embraced Hinduism on their own will and they originally belonged to the Kanchan Dhadhi caste. These fifty families have been following Hindu customs for the past several years.

“Muslims had frightened our ancestors and forcefully converted them to Islam”, one of the family members was quoted as saying.

“But we belong to Hinduism. That is why Muslims keep a distance from us. After getting the information of history we saw that we are Hindus and we should go back to Hinduism. Our customs are related to the entire Hindu religion,” one of the family members said.

“After this the whole family expressed a desire to revive Hinduism,” he added.

On the day of Bhoomi Pujan at Ayodhya, these families organised a Havan Puja, followed by tying of a sacred thread to embrace Hinduism.