ABKM 2016 Resolution: RSS strongly condemns the continuing violence of CPI (M) against RSS and other opponents in Kerala. 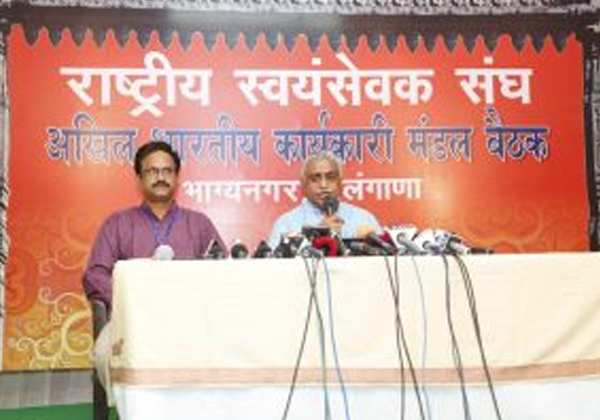 The ABKM of RSS strongly condemns the continuing violence of CPI(M) against RSS and other opponents in Kerala. Ever since the Rashtriya Swayamsevak Sangh started its work in Kerala way back in 1942, the Leftists, and afterwards particularly the CPI(M), unnerved by the RSS mission of inculcating patriotic feeling and the spirit of unity and oneness among the people of the state, as also its ever-growing popularity and influence among the people, have been busily engaged in a vain attempt to finish off the RSS by organising unprovoked and wanton attacks against Sangh Shakhas and workers. Marxism as an ideology, by its very nature, is not only intolerant but also totalitarian. And over the last seven decades, more than 250 young, energetic and promising Sangh workers were murdered and scores of men & women incapacitated due to serious injuries in the most dreaded manner by the blood-thirsty CPI(M) cadres all over the state with the silent connivance and approval of the leadership. The maximum number of these victimised RSS workers are from Kannur district, supposed to be the CPI(M) citadel. What irks the CPI(M) the most is the unending flow of their cadres towards the Sangh fold, attracted by its nationalistic philosophy, clean image and its work, based on pure love and affection.

As is its won’t, the Sangh, with the motto, “friendship with all and malice to none”, has been engaged in the task of achieving amity, cohesion and unity among different sections of the people. Irrespective of all the differences, Sangh has always done sincere efforts to achieve a peaceful atmosphere in the state. But unfortunately, the CPI(M) in its wisdom has been continuing with its most reprehensible acts of senseless violence.

Recently, C.K. Ramachandran, a BMS worker, was gruesomely murdered in his home on July 11, 2016, in front of his wife, paying no heed to her repeated pleas to show mercy to him. Once again they hacked to death K. Ramith in broad daylight on October 12, 2016, in front of his house, while he was rushing out of his house to buy medicine for his pregnant sister. Ramith, the sole bread earner of his family was the only son of his father, Uthaman, a bus driver, who was also murdered 14 years ago by the CPI(M) goons, while on duty, in his bus. These are but the latest examples of the CPI(M)’s violent and barbaric intolerance. The violence CPI(M) indulges in is not only against Sangh workers active in different fields but also others, including the CPI, their parent organisation and present alliance partners like RSP, Janata Dal etc. in Kerala. Why, they even do not spare their own cadres who leave the organisation, as is evident from the dastardly killing of T.P. Chandrashekhan, on May 4, 2012. It is a sheer irony that victims of the Marxist violence are mainly from the poor, backward, Dalit and minority community of whom they claim to be saviours. They have not even spared women and children.

Whenever the CPI(M) led LDF comes to power in Kerala, the party invariably handles the Home portfolio and make the police force their handmaid which gives a free hand to the Party cadres to violently attack the Sangh Shakhas and workers with impunity. The modus operandi of the CPI(M) is not the only annihilation of Sangh workers, but also to cripple them financially and to terrorize them by the destruction of the agricultural crops, houses, household articles, school buildings, motor vehicles, etc. The intolerant and undemocratic style of CPI(M) should be checked forthwith.It is unfortunate that those who are otherwise very vociferous in expressing their opinion even on trivial matters, have been silent on these issues.

But, in spite of all these atrocities and cold-blooded murders, it is a matter of pride that the spirit of our workers is very high and they are determined to carry forward the message of the Sangh with added vigour. And also, the Sangh activities in different fields are growing very fast and people are coming forward in a big way to support and cooperate with these activities.

The ABKM calls upon the Government of Kerala as well as the Union Government to take appropriate action urgently against the perpetrators of violence and necessary measures to ensure rule of law in Kerala. The ABKM also appeals to the people at large including media to create public opinion against the violent tactics of CPI(M) by raising their voice in various fora. 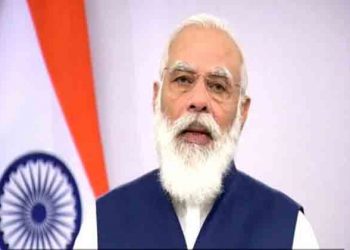