District Collector felicitates him for his noble contribution 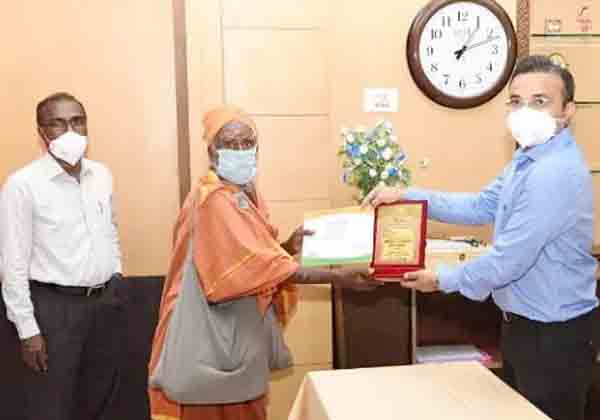 Chennai. A Beggar has proved to do charity that one need not be a rich or a corporate giant; what is needed is a big heart to share the earnings for the needy. So far, he had donated Rs.1.20 lakh to the District collector towards Covid-19 relief fund.

Pool Pandian, native of Aalankinaru village in Thoothukudi district, studied up to class 1, is eking out a living by alms seeking. He was forced to beg, as his two sons refused to look after him. Left with no option he moved to Mumbai. This year he came to Tamil Nadu and was stranded in Madurai due to the pandemic. Pool Pandian spoke to the media and said, “I was staying in Kakkai Padiniyar Corporation Girls Higher Secondary School. Here I get food provided by the Corporation officials. Seeing the plight of the poor due to Corona, I wanted to part with the money I had by begging to Covid-19 pandemic relief measures. People of Tamil Nadu are generous who do not want people to be hungry in front of their eyes. Some people gave me idlis or tea to ensure I was not starving while many helped me with money. School teachers suggested that I donate to the Corona relief fund. Accordingly, on May18, I gave Rs.10,000 as the first tranche to the District Collector. Yesterday (11th September) on my 12th visit, I gave another Rs.10,000. So far I have donated Rs.1.20 lakh to the authorities”.

He further said “I have studied only up to the first standard. Late Chief Minister Kamaraj, who was fondly called “Black Gandhi” was a school dropout but implemented free education and introduced a mid-day meal scheme to stop children leaving school. His efforts had helped lakhs of people to study and become educated. I was impressed by his efforts. I want to donate whatever little I have. It is the only thing that keeps me going. I was shocked to see children sitting on the floor. As an ardent follower of Kamaraj, I donated mats, chairs, black boards and stationery items, water purifiers for some government schools. He donated things to over 400 schools in Thoothukudi, Thanjavur and Pudukottai districts for many years. Though he is a school dropout, he talks good Tamil with quotes.

In spite of living in penury, the 68-year-old Pandian has been donating since May to the Chief Minister’s Public Relief fund to aid the measures to face the pandemic. He can be seen clutching two cloth bags, one contains a towel, a Saffron dhoti, a tumbler and a plate to eat. In the other bag, he keeps the money he receives from people. He can be seen seeking alms at the Central vegetable and flower market at Mattuthavani for a bigger cause.

Pandian wants to return to his native village soon. He recalls with pride that TN Cooperative minister Cellur Raju gave me Rs. 100 when he decided to collect money for relief as a first person. I was keen for his contribution to be included in that. He was a good luck charm which helped pour money in for a short while and people are giving me money generously. When I heard the minister was infected with Corona and hospitalized, I prayed to God for his speedy recovery”. On the occasion of Independence Day, the district collector TG Vinay had included his name on the list of awardees. 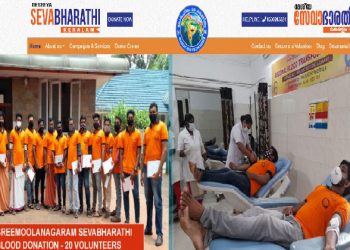 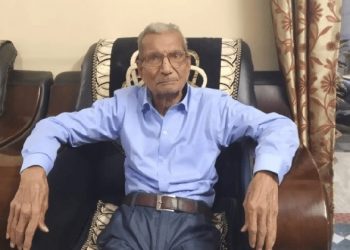 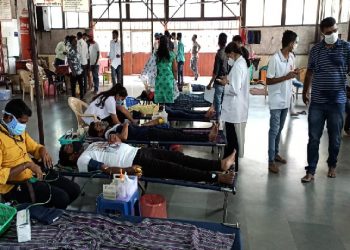