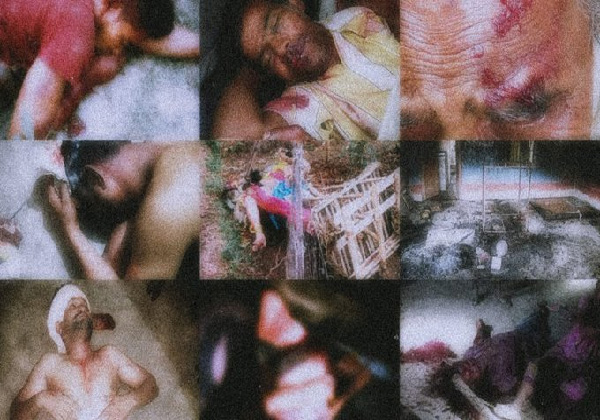 Taking cognisance of the post-poll violence which erupted in West Bengal, the Calcutta High Court has instituted a five-judge bench to hear a PIL on the matter and also asked Chief Minister (CM) Mamata Banerjee led state government to file a report.

The court has asked the state government to file a report specifying the areas where violence has taken place and the steps taken to prevent or control it. The matter will be heard by the court now on Monday (10 May).

The court felt there was a need to “constitute a larger bench, considering that life and liberty of people in Bengal” were at stake. The five-member bench comprises acting Chief Justice Rajesh Bindal and Justices IP Mukerji, Harish Tandon, Soumen Sen and Subrata Talukdar.

State advocate-general Kishore Dutta opposed the petition, saying that a new government had taken charge barely two days ago and had already taken several steps to stem the violence. Dutta then sought an adjournment to file an affidavit by the state home secretary.

State’s Additional Solicitor-General Y J Dastoor also tried to oppose the petition claiming that it was not maintainable and disputing the allegations of instigation of communal riots.

The state government blamed the violence on the Election Commission by claiming that the constitutional body took up “ill-considered” transfers of senior police officers and replaced them with “incompetent officers”.

Bengal CM Mamata Banerjee on Thursday announced Rs 2 lakh compensation for the next of kin of the 17 people who died in the last few days.
The development in court coincided with the visit of a four-member Union home ministry team to Bengal “to assess the ground situation” following the announcement of poll results on May 2.