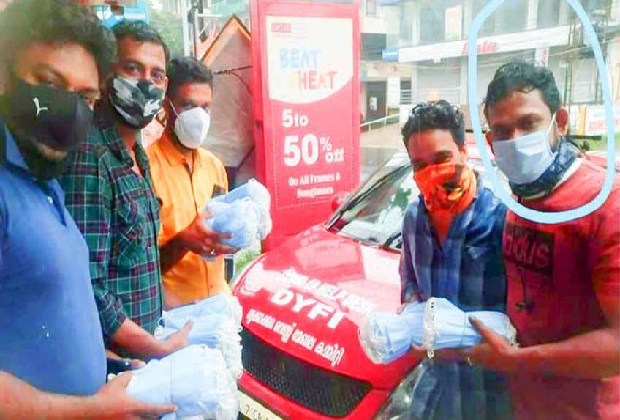 In yet another incident of Islamists infiltrating the Communist Party and its affiliates in Kerala, CPM leaders’ proximity with Kashmir recruitment case culprit Firoz has triggered massive controversy in Kerala. Firoz was sentenced to 10 years in prison by the court for recruiting youth to Islamic terrorist outfits in Kashmir.

Now, there is information coming out about his closeness with the CPM leaders of Thrikkakkara. There are multiple images of Firoz being active in CPM’s palliative care centre and community kitchen. Firoz is currently using cars with DYFI stickers and it is accused that the CPM-DYFI workers distributed food kits in Kalamassery and Kakkanadu Municipality areas using Firoz’s car.

Firoz was involved in recruiting Muslim youth for terror activities in Kashmir in 2006-2008. He was working with notorious terrorists Tadiyantevida Nazeer and both went together to jail after their anti-national activities were busted by the security agency.