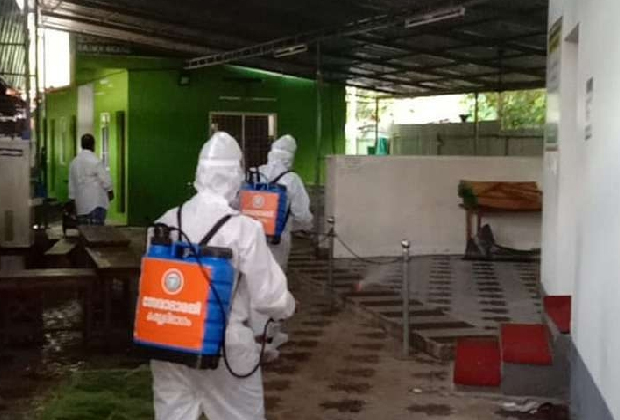 In an incident that exposes the fascist nature of CPIM, the Kannur district administration has decided to withdraw the permission given to Sewa Bharati to function as a relief agency during the troubled times of pandemic. Kannur district collector and the district head of the disaster management T.V Subhash had declared Seva Bharti as a relief agency on 22nd May. After the declaration, Sewa Bharati was trying to collect passés from the Panchayat institutions. But, now due to the intervention by the CPM leadership the permit given to Sewa Bharati stands cancelled.

Sewa Bharati has always been at the forefront to carry out relief activities whenever some troubles had occurred. But, CPM using their political clout in Kerala to resist the relief activities of Sewa Bharati is a matter of great shame. At the same time, the district administration had also declared CH Centre- an offshoot of the Muslim League as a relief agency. The district collector has given a weird excuse that the Sewa Bharati volunteers were using ‘party symbols’ while doing relief works, which is a blatant lie.

While the organisations affiliated with the CPM and Muslim League, in reality, use their party symbols during their relief works the district administration turns a blind eye towards them.

There are also accusations against the members of CPIM backed IRPC of using passes issued by the authority to smuggle alcohol and drugs.