Kerala a breeding ground of Islamic terrorism; Demographic imbalance will result in genocide of Christians: Top Catholic cleric speaks out against Islamist threat. 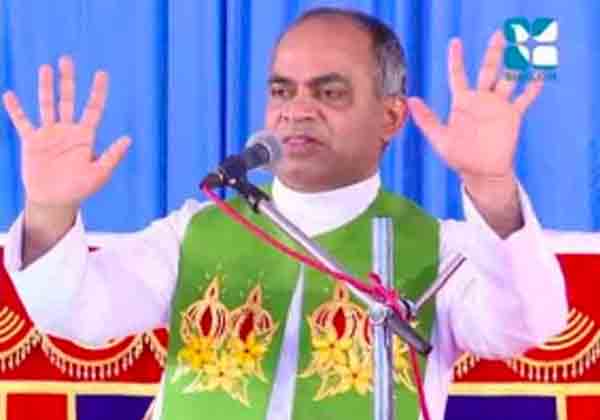 The situation in Kerala has drastically changed as extremist elements have expanded their influence all strata of life, said Xavier Khan Vattayil, a prominent Catholic cleric in Kerala. Reiterating his stand, he later said that those who speak up against the Islamic terrorism are labelled as ‘Sangh Parivar’ in Kerala.

“If there is a further migration of Muslims to Kerala, it’ll destroy the democratic balance and will result in genocides of Christians,” he said in a prayer meeting.

Addressing the Christian believers, he said that the anti-human forces are gaining ground in Kerala. He also warned the community against the growing presence of Jihadis among writers, journalists and politicians. There are several communal movements that pose existential threat to Christianity in the state, he added.

Despite repeated warnings from the agencies like the United Nations, the state government is not doing anything to tackle the Islamic terrorist organisations like ISIS, he added.