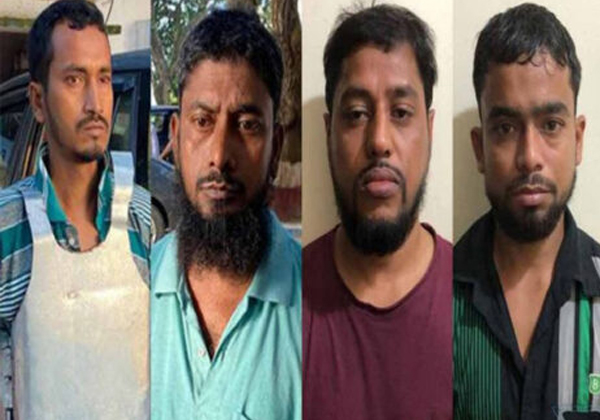 The instant case was registered by NIA based on information about an Al Qaeda inspired module sprouting and operating in States of West Bengal and Kerala under the leadership of Murshid Hasan @ Sofiq and that the members of this module were in advanced stage of conspiracy to execute terrorist attacks in different parts of the country. In well synchronised raids conducted on 19.9.2020 in the states of West Bengal and Kerala, nine terrorists were arrested. Subsequently, two more terror operatives were arrested from West Bengal on 26.8.2020 and 1.11.2020.

Investigation has revealed that Murshid Hasan @ Sofiq was in touch with Al Qaeda handlers based in Pakistan and Bangladesh and had received instructions along with radical propaganda material through encrypted social media platforms from them. Murshid Hasan along with his other associates conspired to radicalise and recruit more individuals into the terrorist organisation Al Qaeda. They disseminated radical material through social media and encrypted chat platforms with an intention to radicalise and recruit others for establishing an Islamic State by waging violent jihad in India.

Investigation has also revealed that the group members planned to attack individuals whom they consider Kafirs. The group members had conducted a series of conspiratorial meetings for raising funds for the purchase of arms and ammunitions/explosive materials, radicalising and recruiting more members and charting out the future course of action including establishing a Markaz (a training centre for providing religious and weapons training to new recruits). The accused persons were also in active communication with an arms dealer through their foreign based handlers and were planning to receive a consignment of sophisticated arms and ammunitions in New Delhi. However, their nefarious plans were obviated by their timely arrest by NIA. The accused persons were planning to attack among others, an India based Bangladeshi blogger for his views expressed on social media.