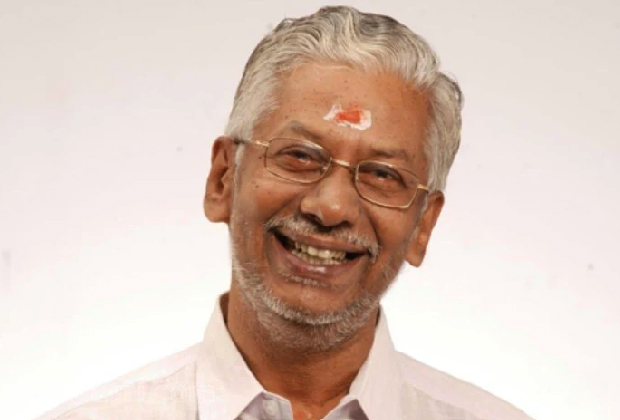 Kochi: Noted Malayalam poet and lyricist S Ramesan Nair passed away at a private hospital in Kochi on Friday. He was 73. He was undergoing treatment for COVID-19 at the hospital.

Born on May 3, 1948 at Kumarapuram in the present-day Kanyakumari district in Tamil Nadu as the son of late Shadananan Thampi and late Parvathy Amma, Ramesan Nair graduated with a bachelor’s degree in Economics in 1966. He completed his post graduation in Malayalam literature in 1972.

Ramesan Nair started his career with All India Radio as a producer in 1975. Later, he resigned from AIR and worked with Kerala Bhasha Institute as a sub-editor. Ramesan Nair entered the Malayalam film industry as a lyricist for the 1985 film Pathamudayam. He was the state president of Tapasya Kalasahithya Vedi.

He had penned over 600 songs for as many as 150 Malayalam movies and over 1,000 devotional songs. Ramesan Nair had received the Kendra Sahitya Akademi Award in 2018 for his collection of poems ‘Guru Paurnami’ and Kerala Sahitya Akademi Award for Outstanding Contribution in 2010. He had also won the Sixth Vennikulam Memorial Award and the Ashan Award.

He is survived by wife P Rema, a retired teacher and writer, and son Manu Ramesan, who is a music composer.