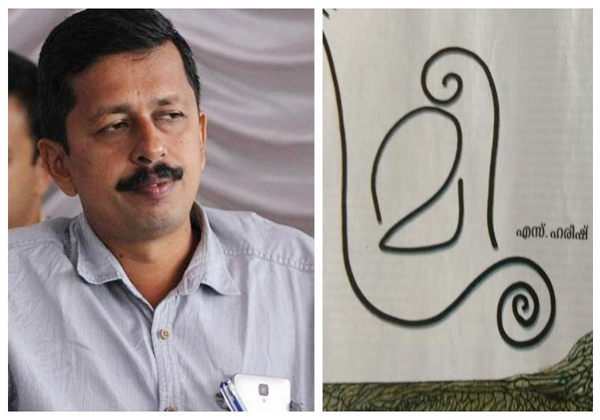 In yet another move to hurt the Hindu sentiments in Kerala, the novel ‘Meesha’ (Moustache), which contain anti-Hindu comments has been awarded the Sahitya Academy Award in the novel category. Earlier, this novel, written by S Hareesh was withheld by the Mathrubhumi weekly, where it appeared as series after various Hindu organisations protested against it. Later the novel was published in the book format by DC Books.

The left ecosystem, seeing the anti-Hindu comments in the novel, supported the novel and pushed it to the public domain.

Here are some excerpts from Meesha, where two friends are talking to each other:

“Do you know why these young women go to the temples wearing make-up and pretty clothes? ” a friend who had been with me till six months ago, asked during our walk. “To pray,” I replied.

“No, you look closely, why would they wear the most beautiful attire, and makeup to pray? They are subconsciously stating their willingness to have sex.” I smiled. “Or else why would they abstain for four or five days a month? It is nothing but informing others about their non-availability”.

Senior BJP leader and Minister of State for External Affairs, V Muradleedharan questioned the anti-Hindu attitude of the LDF government. He said that the attitude of the Kerala government is to reward people who insult Hindu symbols and the women community.

Senior Kerala BJP leader Sobha Surendran slammed Kerala Sahitya Academy and said that the decision to award ‘Meesha’ is an open challenge to the Hindu society and the women community. She also added that the CPIM will have to face political consequences for this anti-Hindu move.