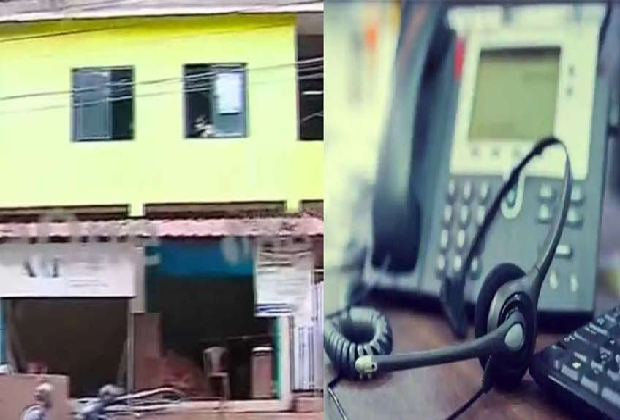 IB is suspecting terror angle in the case and, they have found out that foreign calls were distributed among the local customers They have arrested one suspect, Jurice, for running the parallel telephone exchange. There have been multiple incidents of parallel telephone exchanges operating in various parts of India, and it is directly connected with the terror network.

Bengaluru central crime branch has arrested Malappuram (Kerala) native Ibrahim Pullattil (36) and his companion for running a parallel telephone exchange illegally in the city. This facility was used to connect foreign calls with the local people without connecting to the authorized telephone exchange.

During the search, 30 sim-box devices capable of handling 960 SIM cards were found. The investigating agency is probing the terror angle since there is a high probability of using this facility for terrorism-related activities.

Earlier in 2016, Kerala police and telecom authorities had busted an illegal telephone exchange in a raid conducted near Kadavanthra Junction. Authorities had found that Aatos Infotech, an IT firm that started functioning a month ago as a call center, offered the service mainly to those in the Middle East.

“Users are given a coupon on paying a fee. Using it, they can log in and make internet calls to all parts of the country. Aatos has set up an exchange-like facility in its office, where internet calls are routed as local calls. They had installed 384 SIMs of almost all service providers,” said V Raghunandan, deputy director-general, telecom enforcement resource and monitoring (term) cell, Kerala.

There are reports of Pakistan spy agencies and terrorist outfits availing such facilities for their illegal purposes.