“Please kill us by a single swing of the machete”, says lady Journalist harassed by CPM 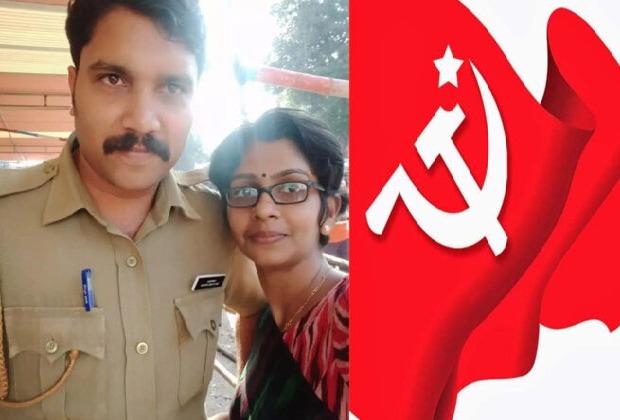 A former journalist with leading Malayalam news channels has alleged that she and her family were targeted by the CPI-M “cyberbullies” and her policeman husband was subjected to “moral policing”.

Vineetha Venu said that her husband, who is posted at Chombala police station in Kozhikode district, was returning home when his friend, who is a soldier posted in the northeast, requested him to check about the well-being of his parents who staying close to their residence at Payam in Kannur district.

When he stopped his bike near his friend’s home and was attending a phone call, a group of drunken youths came and started to question his presence, until police from Iritty arrived at the scene and “rescued” him, she said.

However, she said, that pro-CPI-M social media groups started targeting the family and accused her husband of having found in suspicious circumstances and from next day, there were many stories about her husband and a news report even appeared in CPI-M mouthpiece ‘Deshabhimani’ on Friday.

In her Facebook post late on Saturday, the woman journalist said that her husband who has never consumed alcohol in his life was subject to medical testing of alcohol use and was found negative.

In the public post which has gone viral by now, Vineetha pleaded with the CPI-M leadership to relieve them of their trauma by “killing the family with a single swing of the machete”.

“I, my husband, and my small children will come at Kannur town square… finish us off, but please kill us by a single swing of the machete,” she wrote.