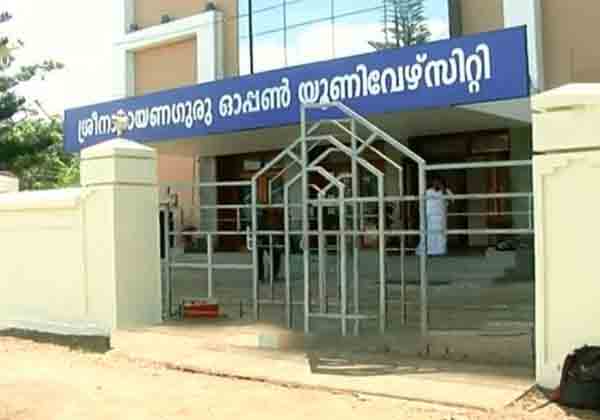 Thiruvananthapuram: The Sree Narayana Dharma Paripalana (SNDP) Yogam has been heavily criticising the government for the recent appointment of the Vice Chancellor in Sree Narayana Guru Open University.

The Save University Campaign also points out in the complaint to the Chancellor of the University, Governor Arif Mohammad Khan, that all the appointments made were against the UGC provisions and the university ordinance. The petition also seeks cancellation of appointments of those without UGC qualifications.

The government appointed P.M Mubarak Pasha as the first Vice Chancellor of Sree Narayana Guru Open University. Dr. Pasha had served as the Director of the College Development Council and Director of School of Distance Education, at the University of Calicut and also as the Principal of Farook College. He is currently working as the Head of Governance and Strategic Planning at Oman-based National University of Science and Technology.

It is alleged that Pasha was appointed in the backdrop of Chief Minister’s intervention and Higher Education Minister K T Jaleel’s self-interest.

A pro-VC has also been appointed in the Open University against the violation of UGC guidelines. According to the UGC guidelines, a principal of a private college and later on the contract basis becoming a Director in the Academic Staff College of the University of Kerala, is not a professor. The complaint also alleges that his appointment as Pro VC is a violation of an ordinance issued by the government.

The complaint also states that the Private Secretary to the Minister of Higher Education, who has been appointed as the Registrar, is not familiar with the administration as defined by the UGC. It is alleged that all the appointments in the university, which was set up to uphold Sree Narayana Gurudeva’s philosophy and promote academic research, were done in the interest of the party.

Subverting the UGC norms and university rules and considering only the interests of the party may even jeopardize the recognition of the university in the future.

SNDP General Secretary Vellappally Natesan lashed out at the government in the appointment of Vice Chancellor to the Sree Narayana Guru Open University.

He said that with the appointment of an NRI as VC on the insistence of Minister K T Jaleel, the government has hurt the ‘Sreenarayaneeya’ community. He said that Jaleel was obstinate in appointing the Malabar-based NRI as the VC of the University.

“Also, the community organisations were not given any representation during the inauguration of the Guru’s statue in Thiruvananthapuram recently,” he said.