A fire broke out at the Secretariat’s protocol department on Tuesday evening. Several files have been reportedly destroyed. 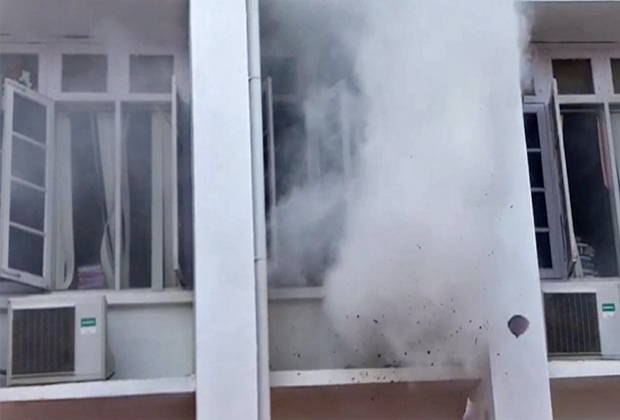 A small fire broke out in 2006 on the first floor of the North Block, just behind the old Assembly building. The reason was a short circuit. Below there is the record room where the files of the secretariat are kept. The vigilance team that initially investigated the Lavlin case could not find some important files in the Department of power ministries.

The CBI team, which later took over the case, went to the secretariat and inspected it, but the officials replied that the file could not be found. Following the information that the file had ‘reappeared’ in the Secretariat, the CBI team went to the Secretariat’s record room in the morning and sought information from the Under Secretary in charge. The fire broke out shortly after the CBI team returned, demanding that the file be filed within four hours. There was no damage. The fire broke out while the NIA and ED were examining files related to the UAE consulate from the protocol section.

A mystery is alleged behind the delay in dousing the fire that broke out in Secretariat complex on Tuesday evening. At a time when a station officer and 5 fire force personnel were already on duty, fire units from outside was called to put off the fire.

This has created yet another suspicion against the actions of the state government.

Also the available fire extinguisher at the building was not used for a reason being stated that the door of the room could not be opened.

The fire that broke out in the Secretariat has erupted a huge controversy as important files and documents pertaining to controversial gold smuggling case was handling by the protocol division. The BJP and Congress have alleged that it was a move to sabotage the evidence and save the accused in the gold smuggling case.