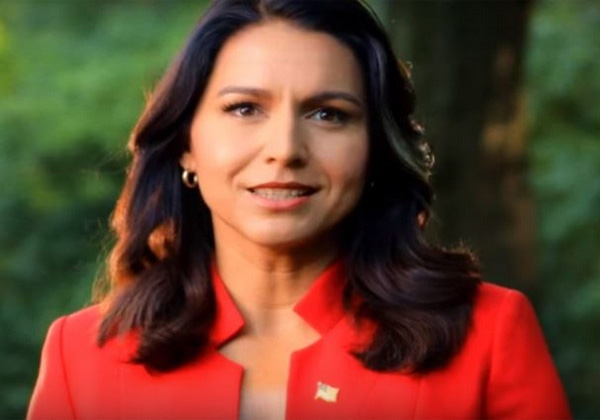 New Delhi : “As a member of Congress, I introduced a resolution that called for the protection of Hindus and religious minorities in Bangladesh. People who continue to be targeted and persecuted to this day. The height of this persecution actually began 50 years ago, when the Pakistani army systematically murdered, raped and drove from their homes, millions of Bengali Hindus because of their religion and ethnicity”, said Tulsi Gabbard.

In a significant development, former US Congresswoman Tulsi Gabbard spoke for the persecuted Hindu minorities of Bangladesh.

She also appealed to the world leaders to come together to defeat the Islamist who are at the root of such incidents.

Going into the root cause of this problem, she explained how Islamist jihadists are systematically persecuting minorities everywhere.

There were significant population of minorities in Afghanistan but Islamists unleashed a campaign of murder, rape and torture on them.

She asks the world leaders to come together to defeat Islamists all over the world.

Gabbard mentioned these incidents too in her video message. She recalled then US Senator Ted Kennedy’s visit to Bangladesh and his narration of how systematically Hindus were persecuted in the country.