VISWAMBHARAM Debate Club, named after Thuravur Viswambharan Mash (The Founder President of Vishwa Samvada Kendram, Kerala In 2001) VSK in collaboration with kochi international book fest conducted a debate competition for college students named on the topic Nationalism – Cultural? Constitutional? On 4th December 2017 at the main venue of KIBF. Students from various college from all over Kerala participated.

One team argument that it’s only by the power of the Indian constitution that the unity is apart where untouchability is removed and 540 princely states joined together where as the other blames the  flawed policy of nationalists by mentioning an incident at goa film festival where a handicapped person is not given any human considerations for not standing up while the national song sings.

They also point out the murder of  journalist Narendra Dhabokkar,Gauri Lankesh and also questions the principle of  Vasudhaiva Kudumbakam where it’s not impliments and only in their speeches. Its simple that the Constitution’s overall binding and compliance are of the whole of  Hindu culture and aphorism which also emphasis  the country on cultural unity argued the other team.

There are several instants such as Asoka pillar selects as national emblem,as the symbol of  dharma emphasis the cultural heritage of the ancient India as Mauryan empire expands from Afghan to Karnataka. Even Gandhiji give  importance to  Rama rajyam  concept as Sree Rama and Sreekrishna are charitors of Dharma.Muhammed Iqubal wrote “Sare jahanse acha hindustan hamara which embodied nationalism in it. No other  country in the world allows as much as multidiamentional aspects for human values. These are some of the points to be heighliten and  a heated debate takes place  favoring and disagreeable opinion arises. 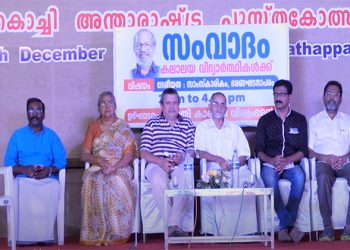