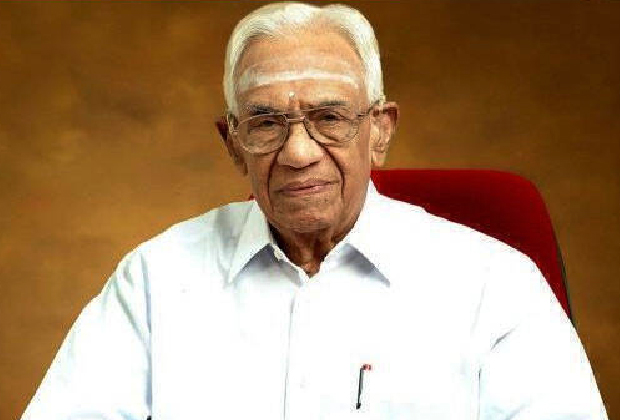 MALAPPURAM: Famous Ayurveda acharya PK Warrier (100) passed away on Saturday. He was the Managing Trustee and Medical Director of Kottakkal Arya Vaidya Sala. He died at his home near Kottakkal.

Dr. PK Warrier had turned 100 on June 8. He was undergoing treatment for Covid at that time. Despite recovering from Covid, Warrier was hospitalized again due to a urinary tract infection. He was discharged from the hospital on Wednesday.

At Gandhiji’s call, he left the college to take part in the national freedom struggle. He later returned to college, completed his medical education, and graduated as an ‘Arya Vaidyan’. He became the Managing Trustee of Arya Vaidya Sala in 1953 following the untimely death of his elder brother Arya Vaidyan P Madhava Warrier.

The Arya Vaidya Sala in Kottakkal and the Ayurveda Medical college flourished and became synonymous with Ayurveda after Dr. Warrier took over the reins of the institution decades ago.

The nation honoured PK Warrier with the Padma Shri in 1999 and the Padma Bhushan in 2010. He also won the Kerala Sahitya Akademi award for biography and autobiography in 2008 for his work ‘Smriti Parvam’.