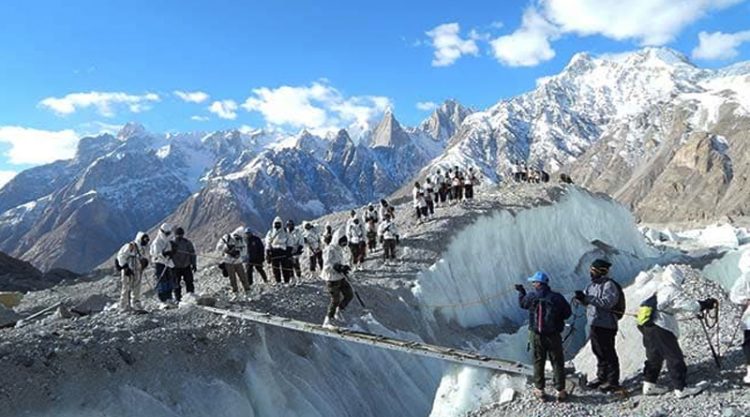 The Siachen Glacier in India, which is the world’s highest battlefield, has now been opened to tourists, Defence Minister Rajnath Singh said in Ladakh on Monday.

The Defence Minister was in Ladakh, along with Army chief Gen. Bipin Rawat, to inaugurate a strategically located bridge across the Shyok River which will provide easy connectivity with the Daulat Beg Oldi sector along the Line of Actual Control (LAC) with China. This bridge has been completed in record time. It will not only provide all-weather connectivity in the region but also be a strategic asset in the border areas. 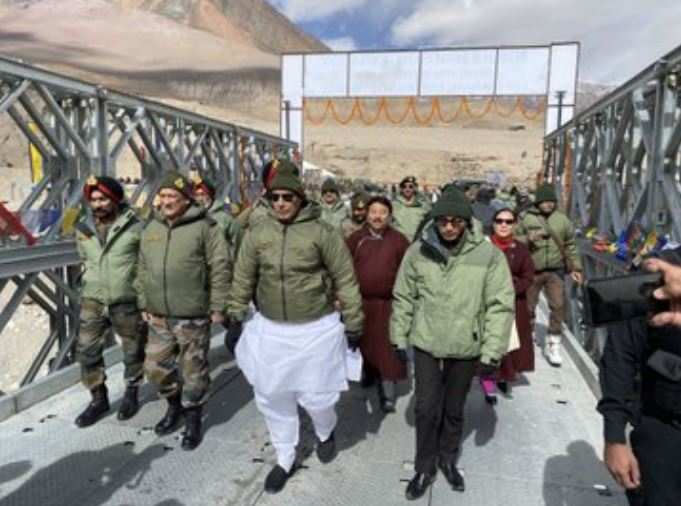 Speaking about the Indo-China ties, Rajnath Singh said that India shares cordial relations with China, “There are perceptional differences between both the countries on the boundary issue but the issue has been handled with great maturity and responsibly.” “Both the countries have not allowed the situation to escalate or go out of hand,” he said. Defence Minister Rajnath Singh said that Kashmir is India’s internal and integral matter and even Chinese President Xi Jinping did not mention Kashmir in his meeting with PM Narendra Modi in Mahabalipuram.

“Ladakh has tremendous potential in tourism. Better connectivity in Ladakh would certainly bring tourists in large numbers. The Siachen area is now open for tourists and tourism. From Siachen Base Camp to Kumar Post, the entire area has been opened for tourism purposes,” Rajnath Singh said in a tweet. The Indian Army had been allowing expeditions to Siachen in the late 1970s until they came to a total stop in 1984. The announcement regarding the opening up of Siachen for tourists comes a few days ahead of Ladakh being declared a separate Union Territory on October 31.

In June this year, Rajnath Singh, accompanied by Gen. Rawat, had visited Siachen and praised the “tenacious resolve and unstinting commitment” of the soldiers deployed in the region. He had undertaken an aerial reconnaissance of the Siachen Glacier and interacted with troops at one of the forward posts.