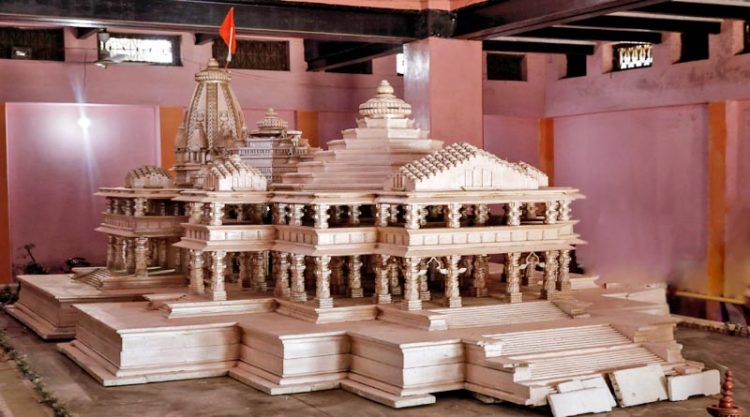 The Supreme Court in a unanimous verdict on Saturday cleared the way for the construction of a Ram Temple at the disputed site at Ayodhya and directed the Centre to allot a 5-acre plot to the Sunni Waqf Board for building a mosque.

In one of the most important and most anticipated judgments in India’s history, a 5-judge Constitution bench headed by Chief Justice Ranjan Gogoi put an end to the more than a century-old dispute that has torn the social fabric of the nation.

The apex court said the mosque should be constructed at a “prominent site” and a trust should be formed within three months for the construction of the temple at the site many Hindus believe Lord Ram was born.

The site was occupied by the 16th-century Babri mosque which was destroyed by Hindu kar sevaks on December 6, 1992.

The bench, also comprising Justices S A Bobde, D Y Chandrachud, Ashok Bhushan and S Abdul Nazeer, said possession of the disputed 2.77-acre land rights will be handed over to the deity Ram Lalla, who is one of the three litigants in the case. The possession, however, will remain with a central government receiver.

The Supreme Court said the Hindus have established their case that they were in possession of the outer courtyard and the UP Sunni Central Waqf Board has failed to establish its case in the Ayodhya dispute.

Delivering its verdict in the politically-sensitive case of Ram Janmbhoomi-Babri Masjid land dispute in Ayodhya, the apex court directed allotment of alternative land to Muslims to build a new mosque.

The apex court said the extensive nature of Hindus worshipping at the outer courtyard at the disputed site has been there, and the evidence suggests the Muslims offered Friday prayers at the mosque which indicates that they had not lost possession of the site.

The apex court further said that the underlying structure below the disputed site at Ayodhya was not an Islamic structure, but the ASI has not established whether a temple was demolished to build a mosque.

It said that terming the archeological evidence as merely an opinion would be a great disservice to the Archaeological Survey of India (ASI).

The court also said that the Hindus consider the disputed site as the birthplace of Lord Ram and even Muslims say this about that place.

The faith of the Hindus that Lord Ram was born at the demolished structure is undisputed, the apex court said.

The bench said the existence of Sita Rasoi, Ram Chabutra, and Bhandar grih are the testimony of the religious fact of the place.

The apex court said however that the title cannot be established on the ground of faith and belief and they are only indicators for deciding the dispute.