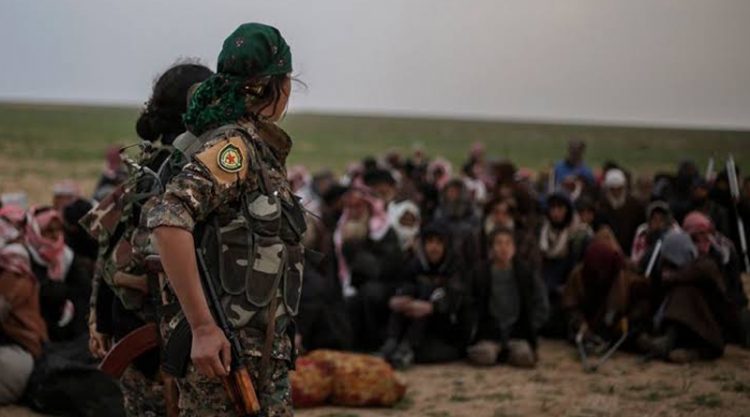 Reports say that victim of love jihad, Nimisha, missing since 2016, has been found among the surrendered ISIS fighters in Afghanistan. Nimisha who converted to Islam and adopted the name Fathima was married to Bexan, who himself was converted to Islam from Christianity. Both of them left for Afghanistan to join the dreaded ISIS terror outfit.

Nimisha’s mother, Bindhu, said that she identified the photograph of her daughter: “My daughter is among those surrendered. I got some pictures. I was not able to identify my daughter among the masked women. However, I was able to identify my son-in-law and grandchild. Representatives of the Australian news channel approached me three days back. They showed me some pictures handed over by some news agencies. I identified my son-in-law and granddaughter from it. They last contacted me in November 2018. They gave some pictures of my granddaughter,” said Bindu.

Her daughter converted to Islam at a Salafi Masjid at Thiruvananthapuram in 2013. She was influenced by a dental doctor in the state capital which led to her conversion. She then went to Kasargod Dental College for higher studies. There she came into contact with conversion groups. She met her husband at the college and Bexon too was brainwashed into converting into Islam and adopted the name Isa. The couple went to join ISIS with a group from Kasargod. They went to Sri Lanka first and from there they were transported to Afghanistan.

The menace of love jihad is plaguing the state of Kerala with many girls belonging to the Hindu and Christian communities being targeted for it. Recently, a Christian girl was drugged, raped and nude pictures were taken to blackmail her further by a Muslim guy. He threatened to publicize her photos if she did not convert into Islam.

The state government is too weak to take strong actions against these Islamic fundamentalists to indulge in love jihad. Both LDF and UDF fear the strong vote bank politics played by the minority community.