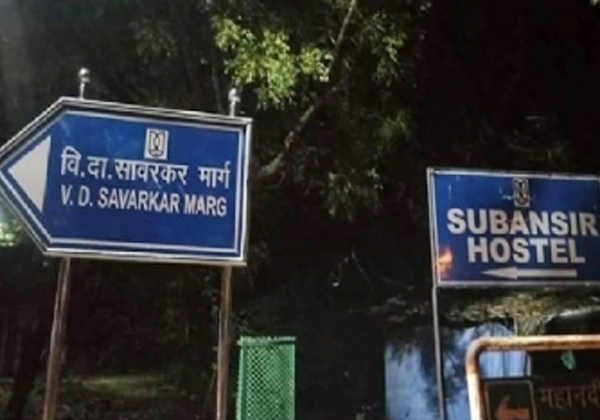 The above recommendations of the Committee were placed before the 283rd Executive Council meeting held on 13 November 2019 for consideration and approval. The same was approved by the EC. It is well known that the Marxist historians either neglected revolutionary freedom fighters or twisted their involvement to suit their agenda. But with the efforts of ABVP-JNU, the mistakes of the past is being corrected.

The efforts to grant these freedom fighters their due respect in JNU began almost 2 years ago. The ABVP JNU had conducted a play called ‘Hey Mritunjaya’, based on the life of Veer Savarkar. The play was aimed to change the misconception the Leftists had spread about Vinayak Damodar Savarkar. Veer Savarkar’s grandson Shri. Ranjit Savarkar was present at the screening of the play.

At that same time, ABVP JNU had passed a resolution that a Savarkar Chair should be established in JNU and a statue should be installed in the campus in his memory. Yesterday, exactly a year later, a road in JNU is named after Veer Savarkar. This is an ideological victory of the student council in JNU. It is also expected that JNU will soon have a Savarkar Chair and statue dedicated to him.

ABVP has welcomed the move to name the road after Veer Savarkar and has also said that its other demands are also met soon.  However, the Leftist who tried to stall the move are aggrieved as expected. JNUSU President Aishe Ghosh has tweeted her oppostition to name the road after Savarkar and said ‘”ever did the university had space for Savarkar and his stooges and never will it have!” By tagging known anti-Nationals like Rana Ayyub in her tweet, it now seems that the Left will make an issue out it in the coming days.