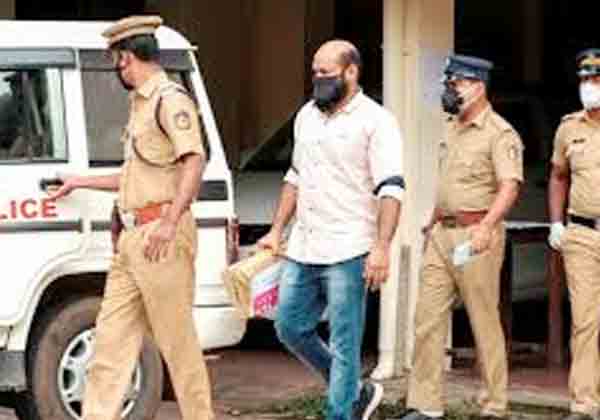 Kochi: A NIA special court has sentenced lifetime imprisonment for Subahani Haja Moideen in accordance to his joining of ISIS and participating in war and terror activities against Iraq.

The sentence was pronounced by Judge P Krishnakumar. The special NIA court also imposed a fine of Rs 2.1 lakh on Moideen.

According to the chargesheet, Subahani joined ISIS in 2015, by entering Iraq via Turkey. He received weapons training and was deployed with others on the battlefield near Mosul in Iraq.

The NIA had taken Subahani into custody in 2016 along with the other accused from Kanakamalai in Kannur in a case of conspiracy to execute anti-national activities.

The court had earlier noted that the charges under Section 125 (waging war against Asiatic power in alliance with the Government of India), 120-B (criminal conspiracy), and several relevant sections of the Unlawful Activities (Prevention) Act exist in the case. Subahani Haja Moideen, who hails from the Idukki district of Kerala, had allegedly joined the terror organisation in the year 2015 and was trained in Iraq and Syria. He was a part in waging war against the Government of Iraq.

According to the NIA, Moideen was arrested in the year 2016 for allegedly supporting activities of the ISIS group. The agency also suspected that Moideen may have had detailed knowledge about the 2015 terror attacks in Paris that left 130 people dead and hundreds injured

Subahani had also planned to attack and assassinate prominent people and influence his IS activities in Kerala and Tamil Nadu. He was arrested by the NIA on October 5, 2016. The NIA also found that Subahani recruited 15 people for ISIS through social media.

This is the first such case filed by NIA for conducting war against India and its friendly nations.

The chargesheet also mentions that Subahani planned to collect explosives from Sivakasi and carry out blasts in crowded places.