From Gold Smuggling to Vote Smuggling: Winning an election by getting ‘zero’ vote, CPM’s Kerala model 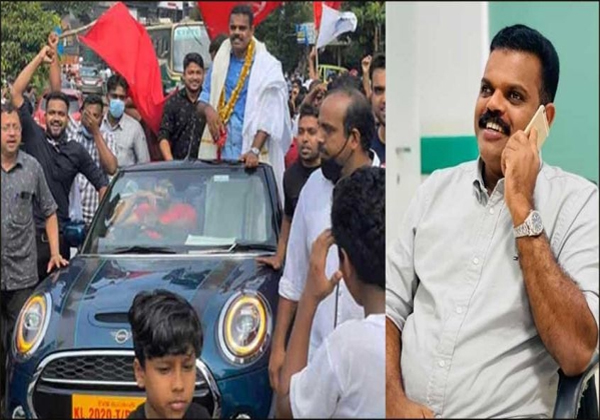 What remains constant in Communism ever since its inception in the mid 19th century? Anyone having a basic understanding of communism would point finger at the ideology’s ability to make people believe in something that doesn’t exist. In the recently concluded Kerala local body election, CPM had deployed a similar age-old tactic to confuse common people. This time, related to gold smuggling accused and CPM’s favourite millionaire Karat Faisal.

Faisal was initially decided to be projected as an LDF backed independent candidate for Division 15 (Chundappuram ward) in Koduvally municipality. But later LDF withdrew support to Faisal for being questioned by Customs in connection with the gold smuggling case. Abdul Rasheed of INL was fielded as the LDF candidate. First of all, Abdul Rasheed is not a voter of that ward itself. LDF, which is efficient in micro-management of elections fielding an outsider, was itself an indication of larger game-plan. The LDF candidate didn’t even do a token campaign and was completely absent from the ward. Local media had reported their suspension regarding this.

The election result was shocking! LDF won zero votes in this division while Faisal, an independent candidate with no official backing won the ward with 578 votes. Thus by simple logic, it is clear that the Left sold its votes to someone who is alleged of smuggling gold, an anti-national activity that is aimed at destroying the nation’s economy. It is evident from photos that CPIM workers were present at Karat Faisal’s victory celebration. They were seen holding their party flags. Faisal’s victory and LDF’s zero votes have raised several eyebrows.

Even at a time when LDF government is struggling to defend itself from the accusations of scams and poor governance, their victory in local body election points specifically at only one thing! Kerala’s Political literacy needs dictation.