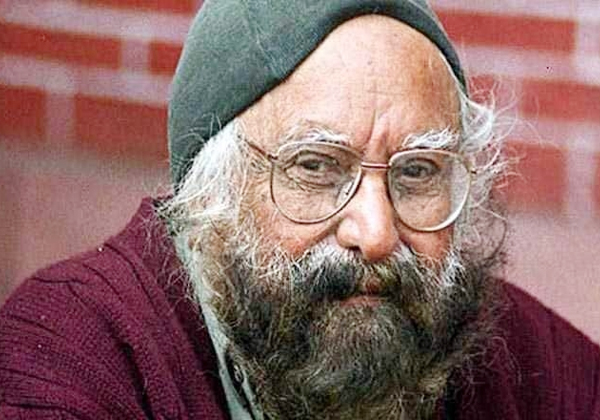 “RSS has played an honourable role in maintaining Hindu-Sikh unity before and after the murder of Indira Gandhi in Delhi and in other places. It was the Congress (I) leaders who instigated mobs in 1984 and got more than 3000 people killed. I must give due credit to RSS and the BJP for showing courage and protecting helpless Sikhs during those difficult days. No less a person than Atal Bihari Vajpayee himself intervened at a couple of places to help poor taxi drivers.” ~ Khushwant Singh

In spite of this the Khalistani terrorists continued to target the RSS swayamsevaks with the devious design that Hindus would retaliate; On 25th June 1989, a RSS shaka at Moga in Punjab was attacked in which 25 swayamsevaks were murdered. Inspite of this, the families of the swayamsevaks showed great poise and calm. The RSS Sarkaryavah, HV Seshadri gave an appeal to be calm at all cost.

The RSS Executive council, the ABKM passed a resolution which was thus :

The ghastly massacre of 25 precious lives by terrorists at Moga in a planned attack on the R.S.S. Shakha in Punjab on 25th June, 1989, has shocked the nation’s conscience to its very depths. The hollowness of claim by the Punjab administration that the terrorists are now on the run has been thoroughly exposed. That the CRPF, hardly within 50 yard’s of the shooting site, should have reached there full one hour after the attackers had safely slipped away, having completed their beastly assault in broad daylight right in the midst of the city, creates serious misgivings regarding the alertness, sincerity and efficiency, of the police force. Even after the imposition of President’s rule three years ago, not a single day has passed without innocents falling prey to assassin’s bullets. The ABKM condemns these killings in the strongest terms and expresses its grave concern at the failure of the Govt. and police in liquidating the anti-national elements and establishing law, and order in Punjab.

The spontaneity with which the people in Punjab and elsewhere in the country have set aside all political, sectarian and institutional considerations and registered their massive protest through various peaceful means is ample proof of their unanimous verdict against terrorism and secessionism. The nefarious designs of the secessionists, as evidenced once again in the present Moga tragedy, can be foiled on the strength of such from resolve by the people. The ABKM expresses its sense of gratitude to the people for their wholesome response and appeals to them to keep up this spirit of unity in future also.

The ABKM is of the firm opinion that the partisan way in which the Punjab problem has been handled by the Congress Government has only further worsened it. The attempt to derive political or electoral advantage from such problems having a crucial bearing on national integrity is not only reprehensible but also fraught with grave consequences. The ABKM appeals to the Central Government that, in the context of the unmistakable expression of countryside revulsion against terrorism in the wake of Moga massacre, it should seek cooperation of all the social and political institutions in isolating and finally annihilating the terrorists from Punjab. Towards that end, the Government should, without further delay, initiate steps like enforcing a security belt along the Pakistani border.
It is in keeping with their spirit of dedication and discipline that the Swayamsevaks have borne the shock of the tragedy with calm and composure. Neither have they allowed their mental poise to be disturbed nor have they left any stone unturned to preserve the spirit of fraternity and amity in the society. The ABKM offers its tearful homage to all those national martyrs and expects the Swayamsevaks to continue to strive in future also to root out all poisonous seeds of social distrust and discord from the society and see that the martyrdom of their brethren does not go in vain.

The ABKM offers its heartfelt condolences to the bereaved family members of the martyrs and assures them of the loving support of the entire Sangh fraternity in this grave hour of trial so that they would have no reason to feel helpless.