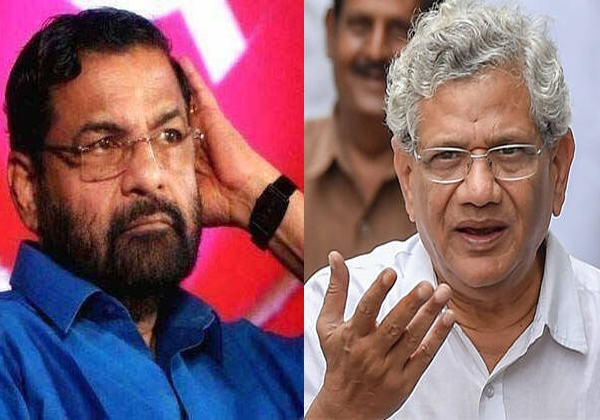 CPIM General Secretary Sitaram Yechury contradicted his fellow party man and the Kerala Dewaswam Minister Kadakampally Surendran who had expressed regret for all the wrongdoings that had happened in Sabarimala following the systematic violation of the temple customs. Yetchury said that the party took the right decision on Sabarimala and he ruled out any possible revisit from the party’s side.

The Minister had said, “it was a strange incident in 2018. Everyone is disappointed over it. We are also disheartened about the Supreme Court verdict and related issues in Sabarimala. But we hope that the public is no more worried about the incident. Whatever be the verdict of the Supreme Court over the women entry in Sabarimala, we will only implement it after holding talks with the believers. We have been repeating this stance. The government has already quashed all cases relating to the Sabarimala protests. All these moves are upholding one message.”

The CPIM led LDF government in Kerala had been trying to distance itself from its controversial handling of the Sabarimala issue following its debacle in the 2019 Lok Sabha election in Kerala. Kadakampally Surendran is contesting election from the Kazhakkoottam assembly seat. Surendran’s statement was aimed at winning some of the Hindu votes which drifted from the CPIM due to its anti-Hindu attitude. Yechury’s denial comes as a huge setback to Surendran who will find it really hard to win the Hindu votes.