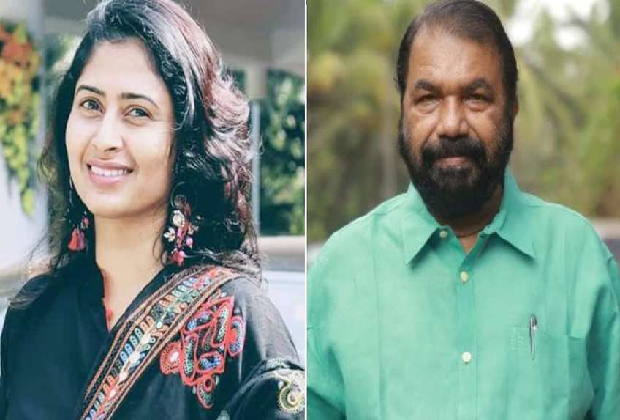 Days after Lakshadweep police registered a case of sedition against model Aisha Sultana for her seditious remarks, Kerala Minister V Sivankutty has stoked a controversy by expressing his solidarity with the controversial model-turned-activist.

In an audio clip that has gone viral on social media, speaking to Aisha Sultana over the phone, Kerala Minister Sivankutty said that the Kerala government extends its support to her and asked her to be brave. The Kerala Minister demanded that the case against Sultana must be withdrawn and called the model a popular face of the struggle against the “dictatorial and fascist” policies of the Lakshadweep administration.

Earlier, Lakshadweep police had registered a case of sedition against controversial actor and model Aisha Sultana for claiming that the Modi government had used Covid-19 as a “bio-weapon” against the people of Lakshadweep Islands. A case under IPC Sections 124 A (sedition) and 153 B (hate speech) was filed against Aisha Sultana based on a complaint from BJP’s Lakshadweep unit president C Abdul Khader Haji.

Coming out in support of Lakshadweep filmmaker Aisha Sultana, Kerala Minister said the actor-turned-model need not worry about the case as she has Kerala government’s support. In the audio clip that has gone viral now, the Kerala minister was heard speaking to Aisha Sultana.

During his conversation, the Kerala Minister said that he has accessed all the information about the case and said the case against the case was a strange situation as such cases are unprecedented in any part of country.

As the actress claimed that the Lakshadweep administration would arrest her, the Kerala Minister said that the BJP would not hesitate to do such things as they have already killed democracy and the constitution of the country.

Kerala’s Education minister also tried to linking the case against Aisha Sultana to other initiatives taken by the Modi government over the years including the passing of Citizenship Amendment Act, abrogation of Article 370. Minister Sivankutty said that they were deliberately doing this in Lakshadweep and added that the centre has mismanaged the Covid-19 situation in the Union territory.

The Kerala Minister assured his government support to the model, saying they were all together with her. He also asked the model Aisha Sultana to meet Kerala CM Pinarayi Vijayan once and that he will help resolve the issue.

Based on a complaint from BJP’s Lakshadweep unit president C Abdul Khader Haj, a complaint was filed against Aisha Sultana for making wild claims that the centre was using Covid-19 as a bio-weapon in the Union territory.

In his complaint, Khader pointed that Aisha Sultana, a native of Chetlat island, had purportedly said that the Centre was using Praful Patel as a bio-weapon on the island. Khader has cited a recent debate on the Malayalam channel in which Aisha Sultana had made such comments.