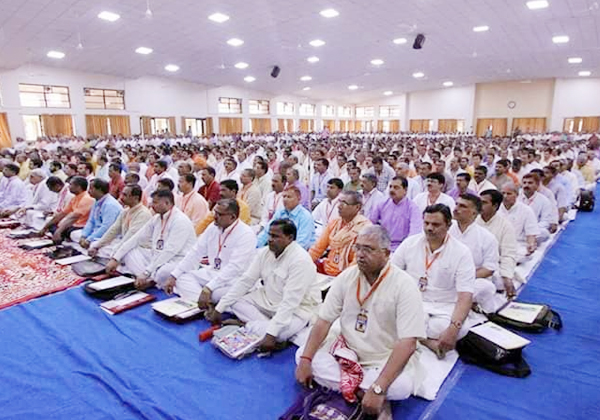 Akhil Bharatiya Praitinidhi Sabha is of the view that language is an important constituent of identity and active vehicle of the culture of any individual and society. The languages and dialects, prevalent in the country are most essential to protect our culture, noble traditions, excellent knowledge and vast literature as well as to promote creative thinking. The oral tradition of knowledge in the form of songs, idioms and folklores etc in various languages is many times more than the written literature.

The declining trend in the practice and usage of Bharatiya languages, elimination of their words and replacement by words of foreign languages are emerging as a serious challenge. Today, many languages and dialects have become extinct and several other are endangered. ABPS is of the opinion that the governments, other policymakers and the society, including the voluntary organizations should endeavour to undertake all kinds of efforts to protect and promote various languages and dialects of the country. In this regard, following efforts are worth undertaking:-

ABPS is in favour of learning various languages of the world to acquire diverse knowledge. But, in a multilingual country like Bharat ABPS considers it most necessary to protect and promote all the languages of Bharat as the carrier of our culture. ABPS calls upon the society including the governments, voluntary organizations, media, religious organizations, educational institutions and intelligentia to make every possible effort to promote the use of Bharatiya languages and ascertain purity of their grammar, usage of words and the scripts.