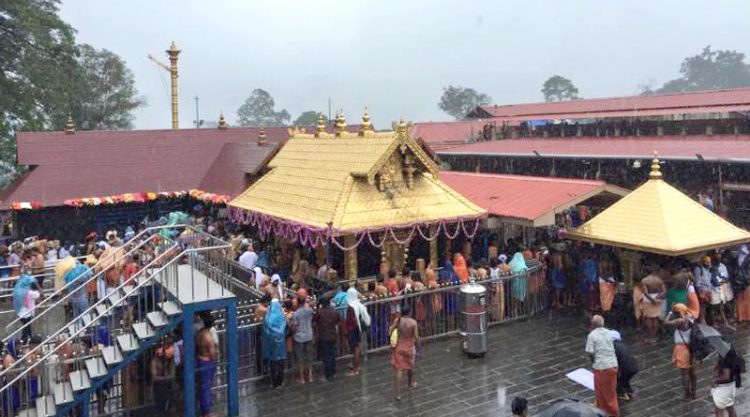 The Waqf Board, Muslim organisations, Christian organisations, etc. are necessary parties in Sabarimala issue and they are to be heard in this case, Kerala CPM Government said in an affidavit which submitted before the High Court. “It is a historically accepted fact that Sabarimala is a secular temple where entry of devotees is not restricted on the ground of any caste or religion,” the affidavit said.

To establish the ‘new findings’, the affidavit highlighted the importance of Vavar Mosque and its connections with the temple traditions like Peta Thullal. It also said that Harivarasanam song which is played in the temple is sung by KJ Yesudas, a Christian!

Raising questions over ownership of the temple, the affidavit states that Sabarimala was a Buddhist temple. “Several Christians and Muslims are devotees of Sabarimala Ayyappa Temple and conduct pilgrimage at Sabarimala every year,” it said. The larger public interest of several religions and secular issues are involved in the case, the affidavit claims.

The heinous agenda of the CPM has been exposed when the High Court asked the state government to file an affidavit on the plea submitted by TG Mohandas requesting a restriction on the entry of non-Hindus into Sabarimala temple.

Following the recent Supreme Court verdict allowing women of all ages to visit Sabarimala, several non-Hindu women had tried to trespass into the temple.

The affidavit also requested to publish newspaper advertisements regarding this issue as it is a matter of public interest!