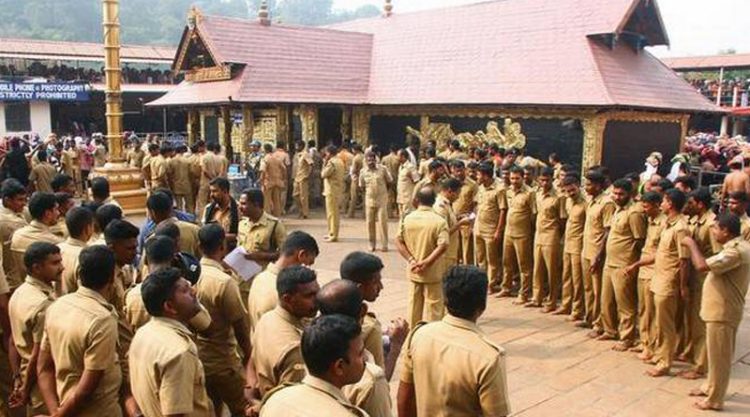 High Court observations are  unvalued at Sannidhanam, strict restrictions on devotees are still going on. Police has blocked pilgrims on their way back at valiya Nadappanthal. High Court has strictly told last day that children,aged pilgrims,physically challenged people should get amenities at Valiya Nadappanthal to their preparations as part of the ritual. But till this moment, police has not obeyed court’s suggestions.

More over, police search continues even at devaswom rooms. Restrictions on KSRTC bus service is another obstacle for the devotees. High Court had suggested police that Nilakkal-Pampa service should not be restricted.

Constraints on chanting prayers have made deep wounds on devotees’ emotions. Police had evacuated devotees who were chanting sarana manthras near Vavaru Nada last night. Police told pilgrims that as Section 144 is imposed there, police has made an alternative, another space for devotees for chanting. But the police took Ayyappas to a filthy place. Devotees expressed their protest.They responded that they will not chant sarana manthras there as they do not want to spoil the purity of the deity and the manthra. Devotees also told that police treats devotees who chant prayers as terrorists.