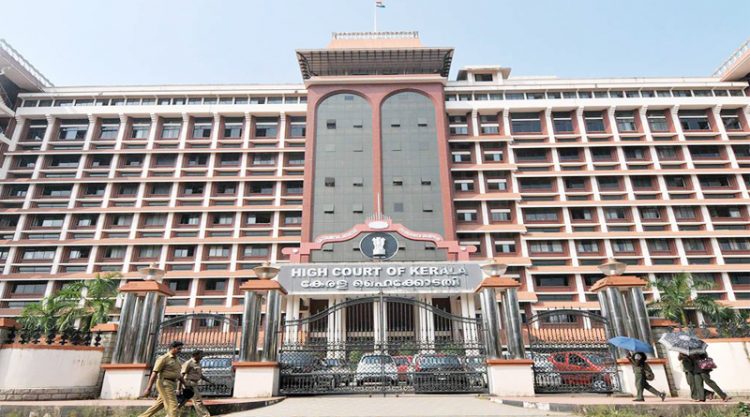 ShareTweetSendTelegram
Kerala High Court, responding to a few petitions against CrPC 144 declared in Sabarimala, blasted the Government of Kerala and its Sabarimala policy and actions on November 21. The court wondered if there is any law and order problem there. He asked the district magistrate (district collector) to present the files with details leading into the declaration of 144. Court said, in its interim report, that hereafter there should not be any restrictions on chanting “sharanam” and darshan. Pilgrims should be permitted to visit either as a team or as individuals. They should be permitted to pray, rest and sleep in the valiyanadappandal. Waking up them during the night and asking them to leave the place is a blatant violation of the Human Rights and Fundamental Rights.
The Kerala High Court observed that some police officers, in Sabarimala, were taking the law into their hands in some instances, slammed the disrespectful attitude of IG Vijay Sakhare and SP Yatish Chandra towards devotees. The court asked the rationale behind the deployment of Inspector General of Police Vijay Sakare IPS and SP Yatish Chandra IPS. There are criminal cases against both of them. Vijay Sakare’s involvement in the case pertaining to Sampath’s custodial murder in Palakkad. Yatish Chandra was involved in the brutal lathi charge against the poor people including women and children who protested in Kochi against LNG terminal projects. The body language of both officers lacks humility. The same Yatish was so humble when a political group violated 144 in Nilakkal the other day. (Court was referring to the visit of the UDF leaders who carried the party flags and raised political slogans. They had even announced in advance that they were going to violate 144). Court wondered if both can follow Malayalam. If so have they read DGP’s circular? The court asked, if they are capable for crowd management.
The court asked the GOK to submit the details of both IPS men. GOK should submit why were they deployed in Sabarimala. The HC asked the reason for 144. Vijay Sakare’s report says the CrPC section 144 was necessary, but devotees are not affected. The court observed that the facts do not agree to the report. The court asked why the devotees return sans visiting Sabarimala. The court was referring to the news of a pilgrimage team of 130 including old people, women and children, who returned home, without ‘Darshan’.
Three days before, the court had observed that police and authorities are unleashing atrocities on poor devotees. The devotees are not permitted to pray, rest and move together. The water was poured into the floor of the valiyanadappandal to make sure that devotees do not sit or rest there. No proper transport facilities are available for the devotees.
ShareTweetSendShareShare