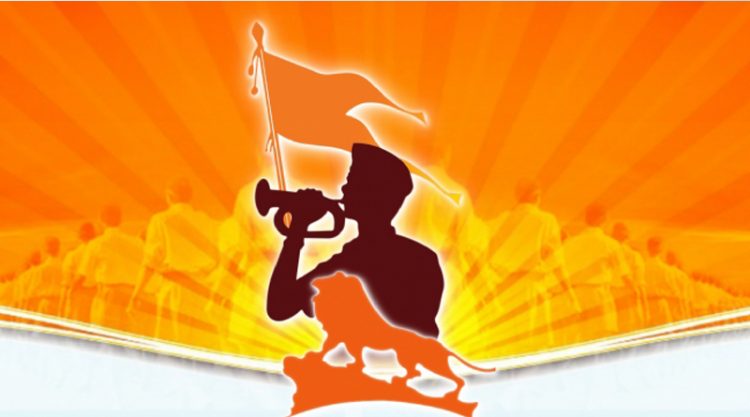 ShareTweetSendTelegram
During the ‘Future Bharat- RSS perspective’ themed lecture series conducted by Dr Mohanji Bhagwat, the Sarsanghchalak said, “‘Fraternity’ or ‘Bandhu Bhav’ is the essence of the activities carried out by the Sangh, and it is this sense of fraternity and affinity that is exemplified in our country’s ‘unity in diversity’.”
“It is this tradition of fraternity that is referred to as “Hindutva”,” Dr Mohanji Bhagwat continued. “And that is why we say that Bharat is a Hindu Rashtra (a ‘Rashtra’, for us, meaning a ‘people’). But this does not mean that we do not want Muslims in it. The day, it will be said that there is no room for Muslims, then it will not be Hindutva, for Hindutva thinks of the entire world as one family – Vishwakutumb.” Many eyebrows were raised at this. And some questions erupted in many minds.
When we take particular positions because of prevailing conditions, these positions influence how people see our intrinsic nature, in the process, sometimes the original spirit that defines who we are falls into oblivion in people’s eyes. The same is true for the soul of Bharat and the speciality and identity of Bharat that is Hindutva. Hindutva is the spirituality based, integral and holistic view of life that is naturally all-inclusive. Not only is this view truly global but it is also a perspective that prays and wishes for the good of not only the human race but the creation in its entirety.
This is why Hindus never named themselves ‘Hindu’. When our people went outside the country for purposes of trade, they were called ‘Hindus’ by others. This was meant to indicate, for the outsiders, those coming from beyond the river Sindhu. The outsiders who invaded Bharat also called us Hindu, meaning, again, people living in the region beyond the river Sindhu. Thus Hindu became the name and identity ascribed to all of us living in this region beyond the Sindhu. All of us shared a world-view based on Ekam Sat Viprah Bahudha Vadanti: ‘the truth is one, the sages describe this further in various ways’, but it essentially entails Unity in diversity and a spiritual view of life.

While opposing British rule, be it during the first war of independence in 1857 or the protests against the unjust partition of Bengal in 1905 – Hindu and Muslims worked together with a sense of solidarity, resulting in success. Subsequently, however, political masters planted the seeds of divisions and hatred between Hindus and Muslims, which eventually led to the partition of the country. The basis of partition itself was the division between Hindu and Muslims. In those tumultuous years, the Muslim view was one that completely negated what is Hindu and what is Bharat. Subsequently, the Hindu opposition to partition evolved into an articulation that was against Muslims. If in those years Hindu leaders reflected anti-Muslim sentiments, it was a consequence of those times: the looming threat of suppression and the eventual partition of the country and its gruesome aftermath. It was a reaction which, nevertheless, did not reflect the eternal inclusive thought that defines Bharat.

It should always be kept in mind that the Hindu view is not exclusivist and does not believe in excluding others or ‘otherising’. This is why Swami Vivekananda said in his famous speech in Chicago that he was proud to belong to a faith which, in its ancient Sanskrit language, has no equivalent or substitute for the English word ‘exclusion’.

Traditionally the Semitic thought or religions have divided humankind into two groups: those who are believers and those who are not. Hence those who are outside the realm of the Semitic faiths are siding with the devil and are kafirs who have no right to even be alive. This exclusivist conception of the world even influences ideologies like Communism that has its roots in such societies and views those different or differing from it as ‘others’. If you do not subscribe to Communism, then you are a right winger and must be shamed. The people who subscribe to such thought have hence represented Hindu“ism” as an “ism”– something that is (antithetical) ironclad and discriminatory towards those outside its fold. Hence in our opposition to this ironclad misrepresentation of an all-encompassing faith, we have also drifted towards this understanding of being Hindu and begun using a derivative lexicon and reference points.
Independence came to Bharat alongside a partition of British dominion and transfer of population that was not intended. The people of this subcontinent had been one since ancient times. In one part of Bharat, Bharatiya Muslims comprised a minority and in the other, what became Pakistan, the Hindus were the minority. Both were promised equal rights and were assured equal treatment. Both constitutions were written at the same time.
Pakistan’s constitution stayed true to Semitic thought and a delineation between Muslim and Non-Muslim citizens was written in and equal rights were denied. However, in Bharat’s constitution, keeping with the Hindu view of life, all religions were given equal rights in the constitution. This is the Hindutva (Hinduness) of a Bharatiya constitution. Earlier the entire populace was one. The part that became the Muslim majority Pakistan followed the Semitic traditions, introducing the concept of minorities and denying equal rights to them. However, Bharat, being a Hindu majority nation, preserved a tradition of not discriminating among people on the basis of religion. Hindu society has always upheld the individual’s right to practice the faith of their choice. This has been Bharat’s view and history. Hence the concept of “minority” is irrelevant in the context of Bharat.
In post-independence India, unfortunately, a selfish politics of opposing Hindutva and appeasing Muslims and Christians became a norm in party politics. At times, Hindu society had to counter the aggression by violent, Jihadi, fundamentalist Muslim elements. As a result anti-Muslim sentiment sprouted up in the Hindu’s mind. However it must be borne in mind that all the Muslims and Christians of Bharat have a Hindu origin. Because the Hindu society was weak, the circumstances were such that they had to or were compelled to change their faith but they are as much a part of this country as Hindus are. Muslims may forget their origins but Hindus must never do so. They must not be influenced by the exclusivist narrative of Semitism that has been mainstreamed. Instead, they must focus on the Hindutva in Bharat’s tradition that makes us inclusive. Hinduva or Bharatiyata’s true identity is to take along our Muslim brethren and together plant the seeds of a prosperous Bharat.
The Sangh’s second Sarsanghchalak Pujaniya Shri Guruji articulated this thought in an interview with the famous journalist Saifuddin Jilani many years ago.
“Dr Jilani: Much has been said about ‘Indianisation’ and a lot of confusion has arisen over it. Could you please tell me how to remove the confusion?
Shri Guruji: ‘Indianisation’ was of course the slogan given by Jana Sangh. Why should there be such confusion? ‘Indianisation’ does not mean converting all people to Hinduism.
Let us all realise that we are all the children of this soil and we must have our allegiance to this land. We belong to the same society and share common ancestors. We also share common aspirations. Understanding this is ‘Indianisation’ in the true sense. Indianisation does not mean that one should be asked to quit his religious system. We neither said this, nor we are going to say so. Rather we believe that a single religious system for the entire human society is not suitable.”
During his lecture series Dr Mohanji Bhagwat said, “As the people, Rashtra, we all have a Hindu identity. Some people feel pride in referring to themselves as Hindus and there are others who do not feel that same sense of pride. Due to some material considerations or political compulsions, some may not want to say they are Hindus publicly, but do so in private. And there are those who have simply forgotten. All these people are our own, they belong to Bharat. Just like in exam we attempt easier questions first before proceeding to the difficult ones, it is the same with our work. We have first chosen to approach those who consider themselves Hindus (culturally). This is because we consider no one as our enemy in the world, or in the country. There may be those who have declared us their enemies, but whilst we may defend ourselves, we have never wished to finish them, on the contrary, we aspire to take them along with us. This is the reality of Hindutva.”
Freedom fighter Veer Savarkar once said, “You are a Muslim, hence I am a Hindu, else I am a ‘Vishwa Manav’ a global human”. To articulate the essence of Bharatiyata or Hindutva here are a few lines from a poem that I am reminded of:
“He drew a circle and shut me out-
Heretic, rebel, a thing to flout
But love and I had the wit to win
We drew a circle and took him in.
BY :  Dr Manmohan Vaidya
ShareTweetSendShareShare