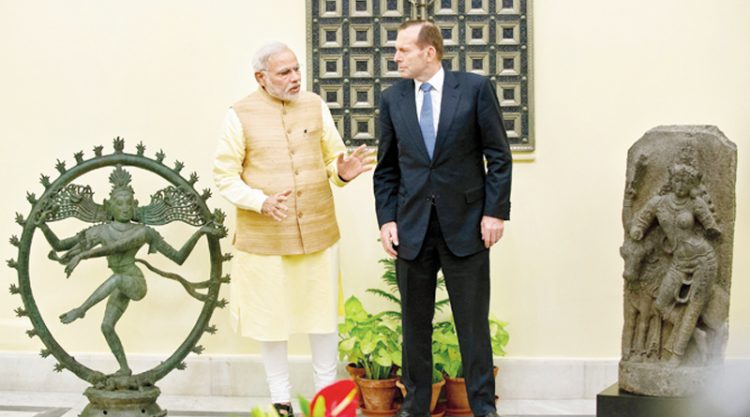 Pritesh Patel is a modern treasure hunter. When he first time visited the British Museum, he felt that, all the Indian artifacts which are showcased in museum belongs to India and people of India. Now he is volunteer for “INDIA PRIDE PROJECT”.

Indian Pride Project is volunteer-network spread across the globe that tracks and bring back India’s stolen heritage. They also work on spreading the awareness about this issue in citizens and officials. According to this project, this issue is crucial for India in geo-political perspective.

Hundreds of members from different countries volunteers their time and efforts to bring our heritage and artifacts to their home, India with #bring our gods home.

This project based on the principle of ‘zero employee, zero funding, zero authority’ so that why, it is open to everyone who desired to work in this field.

The ‘stolen artifacts’ means, which are taken out of India without the consent of community or its owners.

Under this project, they first identify the Indian artifacts, then they create catalogs of this artifacts from different places or countries, these catalogs are presented in front of various cultural groups, politicians for support and other administrative works which is necessary for retuning them to India.

The British Museum have biggest collection of Indian artifacts. On this issue, British Museum said, “Our Indian collection is not stolen, the British museum has not received any official requests about returning objects to India. The museum has gained these objects in many ways like as gifts, through collectors, excavations or sold with conscious intent”.

According to the project, these scattered and priceless artifacts are pride of India. They mean a lot to Indians and Indian diaspora around the world.

The impact of this project is huge, numbers of volunteers are increasing day by day.

Due to this project, the bronze Nataraja of 10th century which was stolen from India, found in Australia, was returned and gifted to Indian PM Narendra Modi in September 2014, by Australian PM during his India visit. The India Pride Project also helped to return a 12th century buddha sculpture to India, which was found in trade fair in the UK this year.

The group aims to return nearly £ 40 millions of artifacts to India.