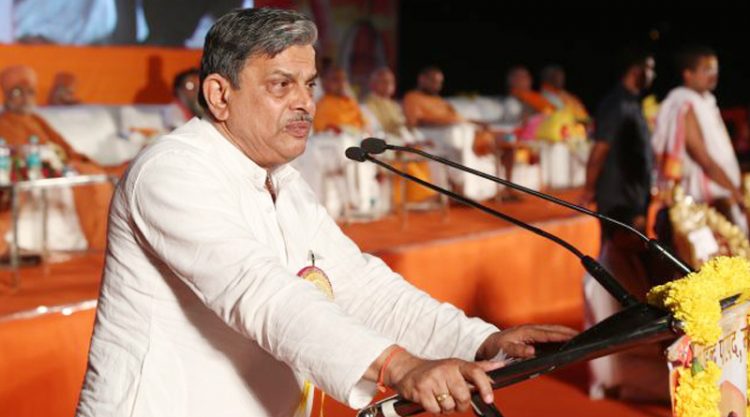 We feel that the statement by Prime Minister is a positive step in the direction of Temple Construction. The Prime Minister reiterating the resolve to construct a grand Sri Ram Temple in Ayodhya in his interview is in tune with the resolution passed by BJP at Palampur in 1989. In this resolution the BJP had stated that they would try to construct the grand Sri Ram Temple at Ram Janmabhoomi in Ayodhya through mutual dialogue between the two communities or by enabling required legislation.

Even in the 2014 Election Manifesto prepared under the leadership of Shri Narendra Modi, the BJP promised to explore all possibilities within the framework of the Constitution to facilitate the construction of the Ram Temple in Ayodhya. The people of Bharat have reposed complete confidence and gave BJP the full mandate. The people of Bharat expect this government to fulfil the same promise during this tenure.