Breach of rituals again, claims the Government; Did not step at Sannidhanam, says Srilankan woman, Planned move to cripple law and order 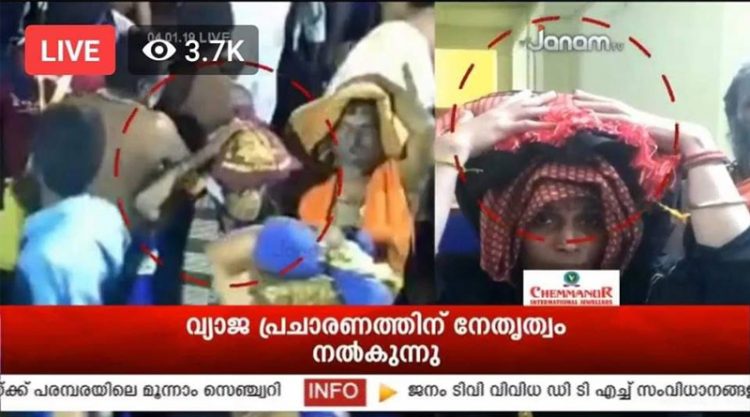 The state Government boasts about the second breach of ritual in Sabarimala by a Srilankan woman,Sasikala, last night. Meanwhile,the woman and her husband revealed that she did not enter and get darshan at Sannidhanam. She also added that she had to return from Valiya Nadappanthal without making darshan.The woman’s husband has given a statement at Pampa Police, they were blocked to get darshan at Sabarimala.

The Srilankan woman told reportes at 2 am, in which she clearly mentioned that police had not made any arrangements for her to make darshan. Fake propaganda is being spread without looking into her statements and the facts.

It is evident from the visuals that had been taken last night near Marakkoottam, even the colour of irumudikkett is different from that of the bogus visuals.

Moreover, Sasikala’s husband and son, who were with Sasikala, is not seen in the visuals. Sasikala had responded very emotionally about her failed attempt for darshan.

The Government is purposefully trying to smash the law and order in the state. It is also alleged that medias’ CPM fraction is pressurising for such move and hence spreading the bogus news.