1369 arrested in 801 cases in attacks during hartal 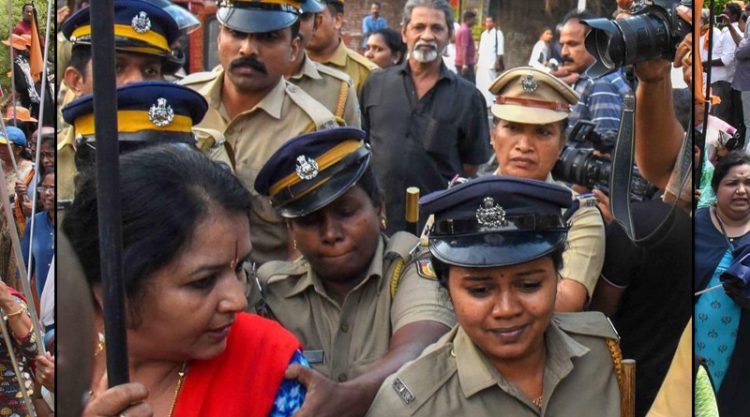 1369 persons have been arrested for unleashing violence in the hartal observed in protest against the entry of two women in Sabarimala. The press release issued by the police informed that they were arrested in 801 cases. 717 persons are so far in preventive custody. Meantime, the police have started a special mission titled ‘broken window’ to nab the culprits who unleash violence.

The chief minister had directed police chief to nab them and take strict action. A special team has been formed under the supervision of district police chiefs to arrest them. A case will be registered after imposing strong charges against them.

Fleeing to Sabarimala and other districts after unleashing violence will be identified and arrested. The list of the goons made by state special branch will be handed over to district police chiefs. The mobile phones of the goons and the suspected will be confiscated and examined. A raid will be conducted at their houses to seize weapons.

Database of miscreants will be kept in all districts and they will be under observation. A digital team will be formed by district police chiefs to make a photo album of the goons and it will be given to the officials to arrest them. DGP Lokanath Behera informed that those creating communal hatred via social media will also be arrested.