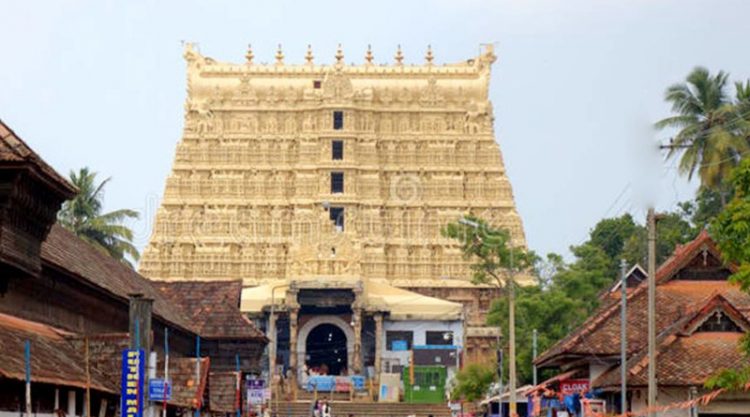 New Delhi: The government of Kerala have submitted in the Supreme Court recommendations for a committee to capture the complete control of the centuries old Padmanabhaswamy temple in Thiruvananthapuram.

The government’s move is seen as an attempt to capture control of one of the most ancient and powerful temples in South India. The Padmanabhaswamy temple attracts thousands of devotees from across the country. It is the family temple of the erstwhile Kings of Travancore and belongs to the royal family for now.

The government in its submission has given a blue print for the constitution of the committee that will manage the affairs of the temple. According to it, the committee will have 8 members.

The first member is ‘Padmanabhadasan’, which could mean any one from the royal family. However, the term is not clearly defined. The second member is the main Tantri and he is relegated to be an ex-officio member.

The next 5 members will be selected by the Hindu Ministers of the Cabinet. Among the members one must belong to the SC/ST and one member must be a woman.

The eighth member will be a representative of the Devasom board and will be selected by the Hindu Ministers of the Cabinet.

In all, six members of the committee will be nominated by the government of Kerala, which gives complete control of the temple to the government.

Lord Vishnu is the presiding deity of the Padmanabhaswamy temple. His reclining form was the source of great devotion for the powerful Kings of Travancore who ruled the land before independence. The royal family always referred to themselves as servants of Padmanabha or ‘Padmanabhadasan’.

The treasures kept inside the temple is mind boggling and is calculated to be around Rs. 1.2 lakh crore. The treasures were kept in secrecy and controlled by the royal family over all these centuries. However, it is feared that the handing over of the management of the temple to the government could lead to misuse of the treasures stored in the strong vaults deep underneath the temple premises.

The present opening up of the secret vaults, protected by secrecy, was a result of litigations. This has led to the questioning of the management of the temple by the royal family.

Hindu devotees in Kerala for long have protested government control of temples. Whereas minority religious places are owned and controlled by them, the major temples of Hindus are under a secular government.