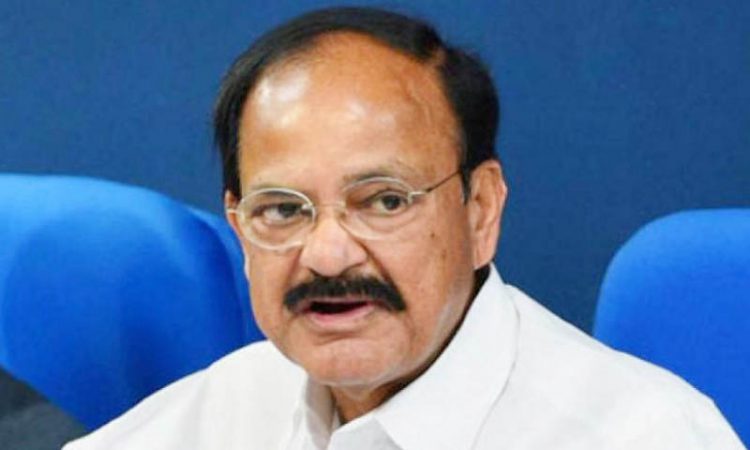 The Vice President of India, M. Venkaiah Naidu has complimented students from Karnataka, for learning Sanskrit and trekking up to 12,000 feet on Himalayas and hoisting the Sanskrit Flag as part of ‘Sahyadri to Himadri’ expedition.

As many as 46 students, including girls from Vasavi Primary and High School at Shivamogga called on the Vice President to share their experiences. The expedition was organized by Samskrita Bharati, a non-profit organisation working to revive Sanskrit.

Addressing the students and expedition team, who belonged to different age brackets from 11 years to 64 years, the Vice President wanted everybody to learn mother tongue and other languages including Sanskrit. He said Sanskrit is known as the mother of all languages and pointed out that scholars in western countries are doing research on Vedas, Upanishads and Sanskrit literature.

The Vice President emphasized the importance of Sanskrit as the invaluable window to Indian cultural treasure house as well as the origin of most Indian languages. He wished that students should be encouraged to learn this language to understand the depth and richness of Indian heritage. “We shouldn’t neglect Sanskrit, Governments and Educational institutes should provide an opportunity to learn Sanskrit”, he added.

Addressing students who have successfully completed a trekking expedition ‘Sahyadri to Himadri’ organized by Samskrita Bharati, Naidu said that expeditions such as the one undertaken by them not only exposes them to different people, languages, cultures, and traditions but also inculcates the feeling of oneness and helps in national integration.

Naidu advised students to develop an affinity towards nature and stressed the importance of protecting nature and preserving culture for a better future. “Love and Live with Nature,” he told them.

Saying that students must spend half the school time in classrooms and the remaining time in the playgrounds, Naidu asked students to focus their energies on aspects such as sports, games, arts, dance, music, and crafts.

The Vice President also wanted the students to develop an inquisitive mind and understand subjects in a concept-based manner rather than by rote method. He stressed that it was important to learn to do things and develop a pragmatic outlook.

Naidu, while expressing concern over the spread of lifestyle diseases advised all of them to develop the habit of practicing Yoga or Exercise and not get swayed by junk food and always eat healthy food.

The Vice President also asked students not to get disappointed or disheartened if they did not get the expected marks and told them that the report card was not the end of education.