Selfless work of RSS attracted me to the organization – Jacob Thomas. 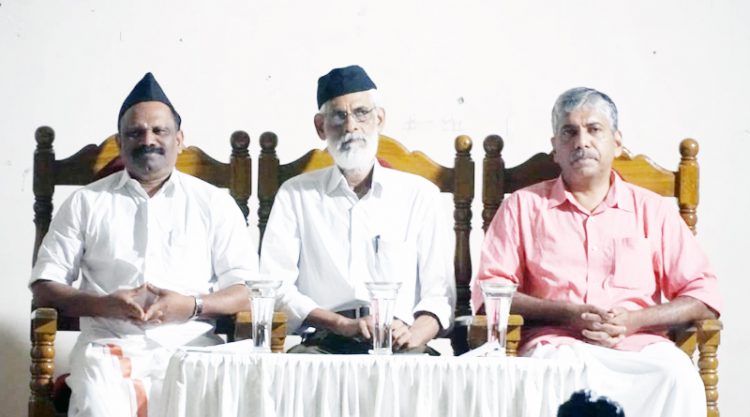 Former Kerala DGP, Jacob Thomas, attended the RSS IT Milan’s Guru Dakshina program at Kochi and also repeated the RSS prayer with his hands close to his chest just like any RSS activist does when reciting the daily prayer of the Sangh.

Jacob Thomas chaired the meeting and said in his presidential address that RSS, being the biggest NGO in the world, is doing wonders. While doing great works the RSS members chose to remain quiet and away from the glare of media and fame. He said that this selfless work of RSS is what attracted him to the organization.

He also criticized the Kerala Government’s animosity towards RSS and questioned what harm is done if the information is passed to RSS volunteers from police officers, after all, this information must be known to every citizen and asked if RSS activists are not Indians.

He told that Indian culture is suffering amidst the western culture. He added that many people are afraid to speak about their closeness to RSS in Kerala.

Speaking to media persons after the meeting he said that he joined the Civil Service to serve the nation and is only happy to work with any organization that serves the country. He told that was why he has no qualms in attending the program of RSS.

He also spoke about Sabarimala issue and said that if a policy is against the beliefs and traditions of the people then the lawmaker and executive must take note of it and prepare policies that are for the people and the nation’s welfare. He said that it was the citizen’s duty to point out to the government the mistakes of policy.

Jacob Thomas said that he had gone to Sabarimala last year and also visited the Kumbh Mela as he has got more time now for such travels.