RSS celebrates Independence Day at its headquarters in Nagpur 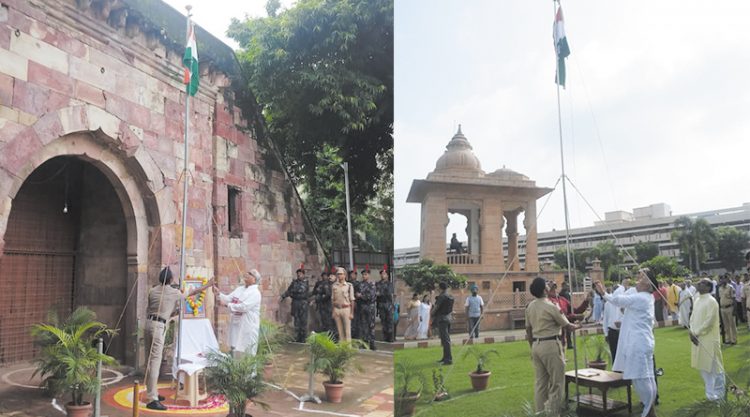 Extolling the ruling reigns and the mass belief towards changing, developing India, the Rashtriya Swayamsevak Sangh General Secretary Bhaiyaji Joshi unfurled the national flag at the RSS headquarters in Nagpur on the occasion of 72nd Independence Day while RSS chief Mohan Bhagwat paid his respects and tributes.

“On the 72nd Independence Day of the country, we believe that if we are committed then we can convert the impossible into possible. People say that with Prime Minister Modi everything is possible. This is correct as will power is very important”, Bhagwat said while addressing.

He further said that the ideal of equality amongst citizens was enshrined in the constitution and it had become a reality due to the commitment of the leaders and society. “The constitution says that there is equality amongst citizens. Due to the willpower and commitment of the leaders and society, we have achieved this vision,” he said.

“For keeping alive the commitment of the country’s leaders, the whole society’s backing must be there. We experienced that the benefits of the independence of the country must percolate to every state. Every state’s citizens must get equal opportunities to prosper,” he added.