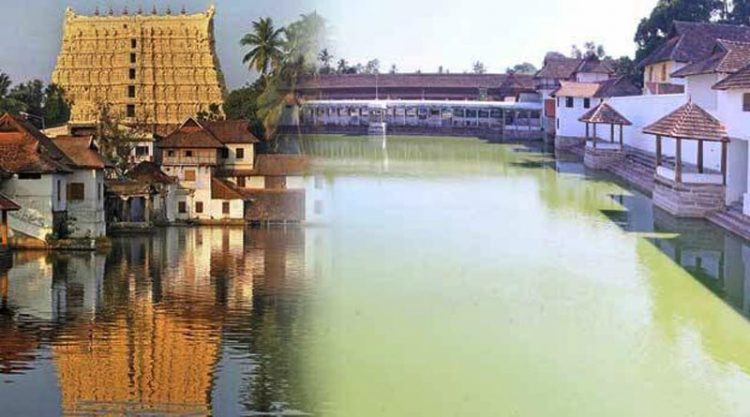 Thiruvananthapuram: Shri Padmanabhswamy Temple, in Thiruvananthapuram, Kerala, which is known as the world’s richest temple with a treasure worth 22 billion dollars, is home to many wonders that continue to enthrall the world. Now nature’s treasure trove has been discovered in the pond of the temple, with a group of scientists finding the growth of algae with commercial and rare medicinal values.

The species found in the Padma Theertham, the sacred pond associated with the temple, has been identified as Arthrospira Platensis. The species, also known as Spirulina, has high protein content. The blue-green algae is a non-toxic species of cyanobacteria with a wide array of uses in the natural and commercial world. According to various studies, this microorganism suppresses both cancer development and viral infection. It is used to treat brain-related ailments

A group of scientists has identified the species in a research conducted at the International Research and Training Centre for below Sea Level Farming, Kuttanad. Scientists termed the abundant growth of Spirulina in Padma Theertham pond, spanning 3.5 acres of land, as an abnormal phenomenon. As it is growing in the pond, it will be difficult to remove algae through a chemical process. Therefore, the scientists said, they will adopt biological methods to control its growth.