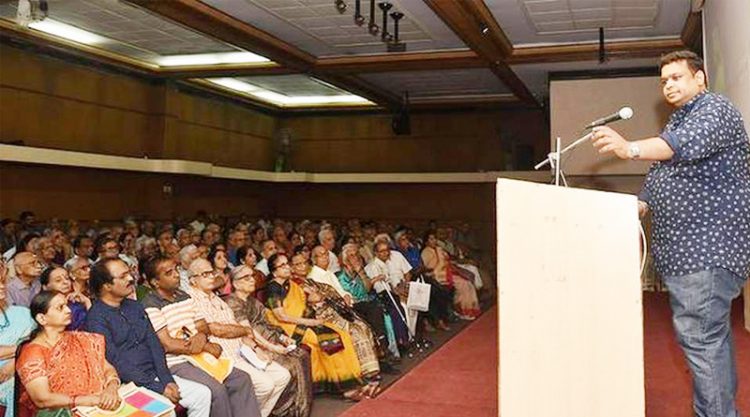 Close to 85 idols of the 2,622 idols seized from art smuggler Subhash Kapoor, with a combined value of USD 107 million during the 2012 raid, will be brought back to India in March 2020, in the first phase, said S. Vijay Kumar, art enthusiast and founder of India Pride, that tracks Indian antiques.

However, he wondered who would claim ownership of the idols, as there was no clarity about the temples from where the idols were stolen. The investigating agencies are yet to get the details from Subhash Kapoor, Sanjeev Kapoor and others reportedly involved in the theft of idols.

Mr. Kumar was speaking to the media after delivering a lecture on bringing stolen heritage back to India at an event called ‘South India Heritage Programme’ held at TAG Centre on Sunday. The event also saw certificate distribution for Tag raga identification competition for Rasikas.

“Of the 85 idols, 68 – 32 made of bronze and 36 of stone are from Tamil Nadu, and the remaining are from other States. However, even if we bring them, it is not clear which temple will claim ownership as the theft has not been reported in most cases. The officers-in-charge of the temples should be prompt in filing the FIRs if an idol is stolen,” he said.

Speaking about the importance of documenting the idols, he said it was high time technology was adopted for documentation.

“Once documented, it is impossible to sell the idol. We can use the facial recognition system and the services of the IT sector can also be used for the same,” he said.

He also said that once documented, the idols should be brought out in the open instead of locking them up in icon centres, as it affected regular worship. “To protect them, temples can have a strongroom on their premises,” he suggested.