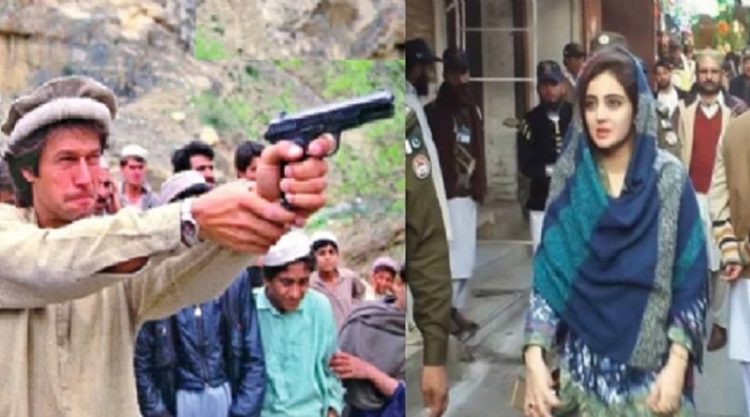 ShareTweetSendTelegram
Along with the Congress party in India, Imran Khan has vehemently opposed the Citizenship Amendment Bill passed by the Indian Parliament and termed it as violative of international human rights law. But it seems that the Pak PM is completely unaware or hypocritically silent on the human rights abuses in his own country where even top officials are hounded and forced to apologize for even speaking in favor of Pakistan’s minorities.
In a shameful incident in the Islamic country, the Assistant Commissioner of Attock, on Tuesday was forced to apologize for her comments which were in support of equal human rights for Pakistan’s minorities. Jannat Hussain Nekokara, the Assistant Commissioner of Attock, made the comments while speaking at an International Human Rights Day event in Attock.
Speaking at the event AC Nekokara said, “We should give due rights to Non-Muslims Pakistanis, we should give them their due regard, we have unfortunately gotten stuck in these religious divisions, someone identifies as Shia, someone as Sunni, someone as an Ahmadi, someone as a Wahabi, we should dissolve these differences and instead identify ourselves only as Muslims and Pakistanis”.
As she spoke those words fanatics and Islamic fundamentalists present at the venue objected to the commissioner’s grouping of Ahmadis with other Muslims. Soon over a dozen protesters arrived at the district administration building where Nekokara was also summoned to explain herself.
In a video that has since gone viral on social media, a group of fanatical Muslims is hounding her for asking for the human rights of minorities and terming Ahmediyas as Muslims. The protestors are seen saying that the Ahmediyas are ‘Kafirs’ and that the country’s constitution terms them as non-Muslims. After she was hounded for several minutes, the lady assistant commissioner was forced to apologize. She was forced to say that she did not in any way mean that Ahmediyas were Muslims and she accepted the Pakistani constitution which declared them non-Muslim.
Her hounding did not end here. Politician and Advocate Malik Omar Arshad has condemned Nekokara’s statement and said that they will file a writ petition with the Sessions Court, Attock and later in Lahore High Court demanding action against here statements.
Imran Khan who has termed the CAB amendment as moving towards a Hindu Supremacist agenda should be ashamed of the Islamist agenda that has targeted its minority communities for 7 decades.
With even its own officials being hounded for even speaking for minority rights, neither the Pak PM nor the government of an Islamic theocratic state has any rights to talk about a bill that only aims to provide succor to those who have been systematically persecuted in their own country for belonging to a different religion.
ShareTweetSendShareShare