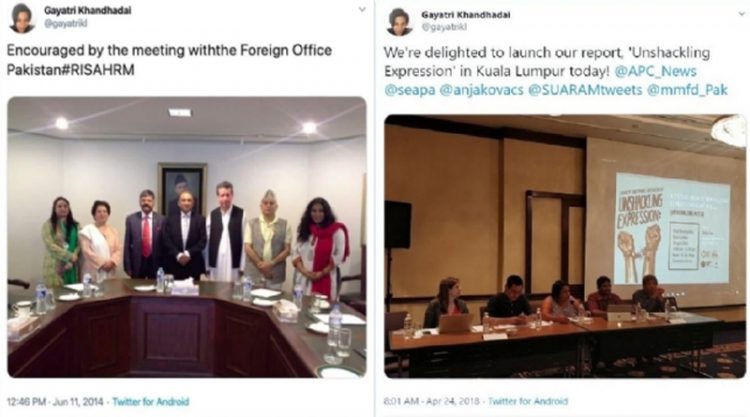 In Tamil Nadu, the DMK let anti-CAA protest has turned quirkier with the hand of Pakistan surfacing after a woman was detained by the police. This is not the first time the involvement of foreign links has been suspected in protests in Tamil Nadu. During Jallikattu protests at Marina, Muslim protesters were seen holding posters eulogizing Osama Bin Laden and were seen performing namaz during the protests. Anti-India and anti-Modi slogans were also raised. Now it seems, the anti-India forces have gained a stronger foothold in Tamil Nadu which is encashing the political vacuum caused by the demise of Jayalalitha.

According to sources in the intelligence agencies, after the abrogation of Article 370 Pak based groups have now set up their shop in Tamil Nadu by exploiting the fringe outfits, power craving DMK, Left, anti-national Tamil fundamentalists, and Naxal groups. Christian supported NGOs to pour in their might. Now, the link between these elements and Pak based elements are slowly emerging after the arrest of women who were part of anti-CAA protests in Chennai.

During the month of Markazhi, women in Tamil Nadu in reverence for Saint Andal draw Kolams (Rangoli) early in the morning. But the DMK found this an opportunity to extend their anti-CAA protest. The party gave a call to women to draw “No CAA, No NRC” message before the Kolams. When some women supporters of the DMK indulged in the shameful method of protest using Hindu tradition, the irked house owners lodged a police complaint. The police arrested the women who used a Hindu tradition to make a political statement and disturb the peace in the locality. The DMK which abhors anything that is Hindu shamefully used a Hindu tradition for its cheap politics.

The women who were later released, went straight to DMK headquarters to meet MK Stalin and Kanimozhi and posed for photographs. The Left, VCK, and Congress criticized the police action. This led to Police to come out with an explanation.

In a press conference, City Police Commissioner AK Viswanathan said that they arrested the women activists only after the owner lodged a complaint and they did not act on their own. He then dropped a bomb saying that one of the women activists arrested has a Pakistani link. He said one of the activists, Gayathri Kandhadai, is a researcher for Bytes for All (B4A) Pakistan which is part of The Association of All Pakistan Citizen Journalists (AAPCJ) based in Pakistan. She was among the eight activists who were detained on 29th December by police for drawing political Kolams.

The website of B4A Pakistan says it is a human rights organization and a research think tank with a focus on information and communication technologies. Further probe into Gayathri Kandhadai’s antecedents revealed that she is also the project coordinator for Pakistan Advocacy for Change through Technology with the Association for Progressive Communications (APC). She also has the support of the Welfare Party of India, Arappor Iyakkam (Left based Anti-corruption movement) and Campus Front of India – A Muslim Fundamentalist Organisation.

Speaking to the media, one of her former classmates has informed that she might have been misguided by Pakistani authorities while she was in Costa Rica where she went for PG UNESCO Mission. Her Facebook posts and tweets make it amply clear about her pro-Pak and anti-India agenda. It is now alleged that she has links with the Pakistan foreign office, several foreign NGOs and is also funded by Swedish International Development Cooperation Agency (SIDA).