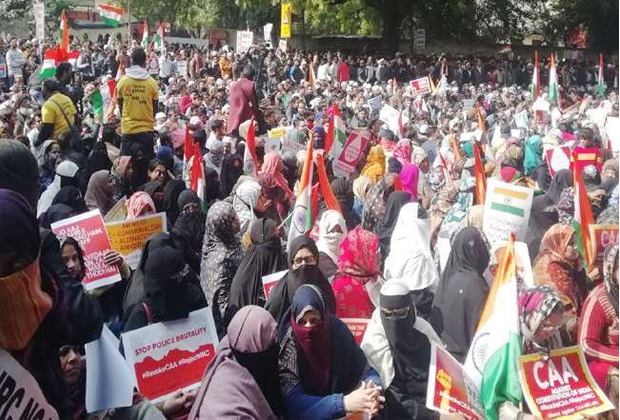 The Tablighi Jamaat event in Delhi’s Nizamuddin area has emerged as a hotspot for COVID-19 after several positive cases across India were linked to the gathering. Now in another big revelation, the Tablighi Jamaat members’ visit to the Shaheen Bagh Anti-CAA protest site has come under scanner, after one of the Nizamuddin Markaz attendees, who was tested positive for coronavirus, visited the protest venue.

According to the sources, there is credible information that a person who was part of the Tablighi Jamaat congregation and who is tested COVID-19 positive and currently being treated in Andaman and Nicobar Island was a part of the delegation that visited Shaheen Bagh in Delhi where Muslims had been protesting against the CAA since December 15. It is being suspected that this Andaman and Nicobar resident might have infected the other protesters too.

This member of Tablighi Jamaat has told the investigating agencies that he had visited Shaheen Bagh on March 18. At present, he has been admitted to the hospital in Andaman after he developed symptoms of coronavirus. This revelation has raised the suspicion that other people from Tablighi Jamaat also may have joined the Shaheen Bagh protests, increasing the possibility of spreading the infection.

Moreover, officials privy to the development have also confirmed that the people accompanying the patient have claimed that the patient, currently undergoing treatment, had visited the protest site at Delhi’s Shaheen Bagh. However, the statement of the patient has not been recorded yet, since he is currently in isolation and cannot be visited.

This revelation will bring in more trouble for the authorities, who are already striving to deal with the havoc proliferated across India because of the recent Islamic congregation, organised in Delhi’s Nizamuddin area.

The Tablighi Jamaat congregation had been attended by thousands of people across India, flouting social distancing norms laid down by the government. Dozens of cases across the nation, some from far-flung areas like Andaman and Nicobar Islands, have now been traced to the Tablighi Jamaat event, making it India’s super-spreader’. Assam had gone from 0 to 16 positive cases within one day, all of whom were Tablighi attendees.