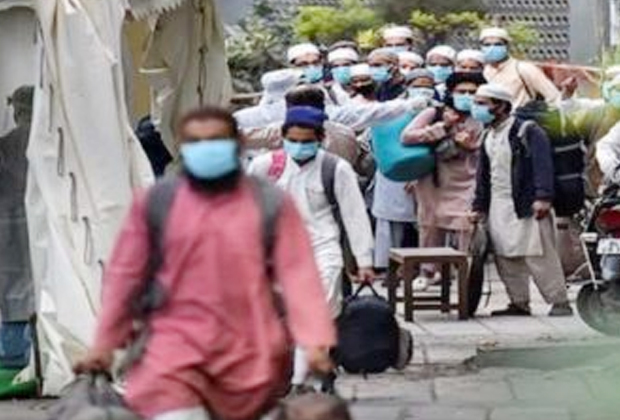 At least 284 people from Kerala who had participated in the Tablighi Jamaat convention in Nizamuddin in New Delhi are still at large. They have become difficult to trace as their mobile phones are switched off. Among those who returned to the state, 518 people have been identified and all of them are now under home quarantine. Incidentally, only six of them have tested positive. Another 509 suspected attendees (based on cellphone location in the period March 12-28) are currently based in other states (Tamil Nadu, Telangana, Maharashtra, Uttar Pradesh and Karnataka), mostly because of the lockdown. Their details have been passed on to the home authorities of those states.

Kerala has been successful in plateauing off the COVID-19 curve. As of April 20, it has reported 408 cases, with 288 recoveries and three deaths. But the state police now fear that some of these missing 284 Tablighi members—of the total 1,311 from Kerala who have been tracked–could be carriers. An anxious government is looking to find and quarantine them at the earliest.

The efforts to trace them are part of the nationwide hunt which began in late March when it was known that the Tablighi Jamaat’s global headquarters in Nizamuddin had turned into a coronavirus disease hotspot. The Tablighis, a puritan Islamic missionary order, had disregarded the Delhi government orders on March 13 prohibiting gatherings. Over 3,000 preachers were believed to have attended the markaz congregation. On April 1, the premises were cleared by the government and those members still staying there quarantined. By then, the Intelligence Bureau (IB) had stepped in and begun analysing call logs of all the cellphone towers in and around Nizamuddin to trace the missing members.

Among those who died of COVID-19 in Delhi was P.C. Salim, a 74-year-old retired chemistry professor from Pathanamthitta. He had left Kerala on March 8 and visited a religious congregation in Saudi Arabia, from where he flew to Delhi and attended the Nizamuddin meeting on March 16 along with his son-in-law and a friend. He was staying at the conference venue where he tested positive on March 29. He died two days later.

Alarm bells began ringing in Kerala when call records suggested 1,311 people from the state were in the Nizamuddin area, nearly a third of the participants. On March 29, IB director Arvind Kumar told state DGPs to trace the movement of the Tablighi workers in their area, ascertain their contacts and medically screen all of them. In Thiruvananthapuram, police officials briefed Chief Minister Pinarayi Vijayan. The chief minister signed off on the police plan to identify and quarantine all the participants of the convention–but with a caveat–it had to be conducted away from the media glare. There were two reasons for this. Chief Minister Pinarayi knew that it could give the pandemic a communal colour and there was also the fear that it could expose some of the surveillance tools the police use to track law-breakers. By March 31, all 518 people who had returned to the state had been identified and quarantined.

The worry now is the 284 people who are still missing. “Every contact they make could spread the infection further and it could lead to an explosive community spread across the state,” says a senior police official.