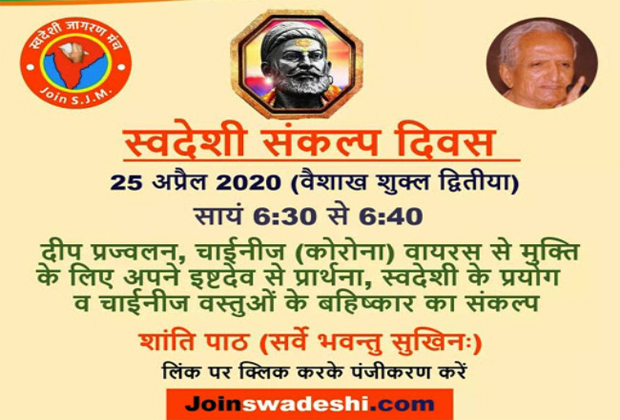 The globe is engulfed by a virus called Covid 19, also known as China Virus and rightly so. The virus had its origins in the Wuhan province of China and begun as early as December, 19. But the world had come to know of it only during late January and early February, 20. It took two months to pierce the Great Wall of China but the humanity is paying a very high price. Several nations are getting ready to drag China to International Court of Justice demanding trillions of dollars in compensation. There are serious charges against the Chief of the World Health Organisation accusing him of playing to the tune of China and the U.S., has indicated its intention to stop financial support. The number of persons inflicted by the disease is in lakhs and those died are in several thousands outside India.

The virus has entered our country also but the number of affected persons are in thousands while the number of persons succumbed is in hundreds only. Due to early warning signals, the Hon’ble Prime Minister, after preparing the nation through a 14 hour Janata Curfew, imposed a national lockdown, initially for a period of 21 days and extended it by another 19 days. This bold measure helped to contain the spread of the virus and succeeded to a large extent. The entire nation stood as one man behind the Prime Minister.

On the positive side, the virus imparted a BEHAVIOURAL STIMULUS on the people. It has brought several of our traditional practises back. Saying Namaste instead of handshake, giving out the habit of embracing and maintaining a safe distance, adoption of hygienic habits in day to day to life like washing hands etc. It has also generated a lot of interest, particularly in the post 90 generation towards our traditional food habits instead of Pizzas etc., The youth started looking up to our age old treasure of Pranayama, Yoga (popularised through the globe by our P.M.) and meditation. There are one line discourses teaching Indian Management Thoughts and the spiritual Gurus have become modern day counsellors.

The nation witnessed the services rendered by our swadeshi retail traders in reaching out to the people with essential supply of Foodgrains, Medicines and vegetables braving Carona. The civil society rose in unison and rendered yeoman service by reaching out to the needy for their needs. The nation understood the value of these people.

In matter of days our entrepreneurs came out with dozens and dozens of new innovations. New low cost perfect ventilator from Coimbatore and many other areas, offer to produce and supply millions of PPE equipments from Tirupur are among them. A Belgaum based company, called VEGA with technology from DRDO has begun kiosks for sample collection. These are like telephone booths where the patient is inside and the doctor is outside. Not only from India but International enquiries are flooding the company. Pune based RAKSHA Polycoats, has begun manufacturing isolation chambers. This type of innovations are growing in hundreds every day. When Railways converted the ac coaches to moving hospital wards, the world was astonished. This is what we call Swadeshi Spirit.

Indian pharma Industry supplied medicines to about 60 countries in matter of days and endeared itself to the whole world. Seeds for gaining the Status of the Medical factory of the world are sown. Conspiracy or no conspiracy, there is anti China mood both within India and outside. The Indian Industry has realised the dangers of doing business with China. There will be strenuous efforts to restrict imports from China. This will strengthen our manufacturing creating lakhs and lakhs of employment.

While industry will take steps to reduce  Chinese import, consumes will boycott everything that is Chinese from mobiles to washing machines to electrical goods.This is the mood the nation.

Internationally disruptions to global supply chain has begun and thousands of companies are getting ready to leave China and enter India. Bharat should align with the like minded nations to capture the space going to be vacated by China internationally. In 2014 and again in 2017, the communist party of China that all Chinese companies must collaborate in gathering intelligence. ( the extract from forthcoming book H.R. McMASTER, the former NSA in the U.S., Government under President TRUMP)

Several nations have understood the trap of Chinese Investments. China lends at most favourable terms to itself. Once the debt reaches unsustainable levels,  China trades for equity to gain control of their ports, airports, dams, power plants and communication net works and there are numerous example through out the world. Now several countries have started bidding good bye to Chinese investments

To conclude there is the SWADESHI SPIRIT IS ENGULFING THE NATION TO DECISIVELY BOYCOTT CHINESE.

The SJM will sustain this spirit continuously to make Bharath GLOBAL LEADER.

The SJM is has given a call for Swadeshi Divas on 25th April. From 6.30 to 6.40 evening the nation will pray for early relief from Carona, to boycott Chinese products and services and for embracing Swadeshi. Let us all join hands.