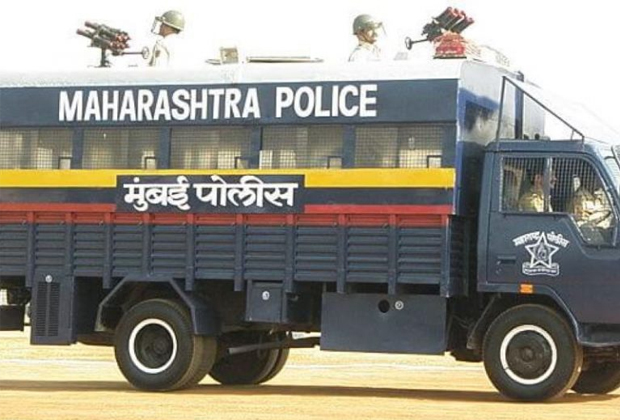 Mumbai: When the 400-500 strong unruly mob of Gadhcinchle village was targeting the hapless, innocent saffron-clad sadhus of Panchdashnami Juna Akhara on the night of April 16, another mob of 200-300 ambushed a Maharashtra Police party at Chisda village, just 13 km from Gadchinchle on the same night.

Now, this cannot be a mere coincidence as that police party was heading towards Gadhcinchle as reinforcement to the police there to control the mob and save the victims. But they were prevented from reaching there by the unruly, violent mob that blocked their way by cutting trees and attacking them with stones and other missiles.

They blocked the road by cutting down the trees. They both instigated the mob to criminally intimidate the cops and throw stones at the Police bus, the release said adding that they had held the bus hostage for more than three hours and also carried out the assault on the policemen. They also damaged the police vehicle, the release said.

These two persons were declared as ‘dangerous persons’ by the DM, Dadra and Nagara Haveli after carefully examining the matter and the ensuing situation in Khanvel Sub-Division, especially, in border areas, the release said adding that necessary orders for the preventive detention of the said persons were issued and they are kept under preventive detention until further orders.

According to Damanganga Time of May 01, 2020, police have taken 19 persons in detention on April 24, but except two of them considered to be ‘mastermind’ of the ambush, others were released on bail Talasari Police station officer Vilas Jadhav was leading the team to Gadchinchle village via Dadra Nagar Haveli as reinforcement to help the cops there to control the violent mob and save the sadhus. But they were stopped and ambushed by the mob at Chisda village. Officer Vilas Jadhav had filed an FIR in this case.

According to SP Dadra & Nagar Haveli Sharad Darade, this incident is not related to the Palghar lynching. However, the Maharashtra CID is investigating the Palghar lynching case and they are handed over the details of this ambush with the photographs of the accused of further investigation. The Maharashtra CID had arrested five more persons on Friday from Gadchinchle and Diwasi villages and are busy trying to identify other culprits with the help of CCTV footage.

There is a striking similarity in this ambush carried out by the mob of 200-300 at Chisda village and the similar attacks on police personnel by the Maoists carried out in Maoists-infested areas of Madhya Pradesh, Chhattisgarh, Jharkhand, etc. state. Given the fact that the Communists have developed their stronghold in this area dominated by the tribal people, the influence of Maoists ideology and its violent expression through such attacks cannot be entirely ruled out.

The other fact that corroborates this observation is the timing of the attack. When the police reinforcement was moving towards Gadchinchle village to save the sadhus, they were stopped by the mob at Chisda which is located at a distance of 13 km. How did the ‘masterminds’ get the information about the attack in Gadchinchle? Who conveyed them? How did they know about the police reinforcement moving to Gadhcinhcle? These and many more such questions arise out of this incident which needs an in-depth investigation to expose its links with Maoists violence if at all there is any!