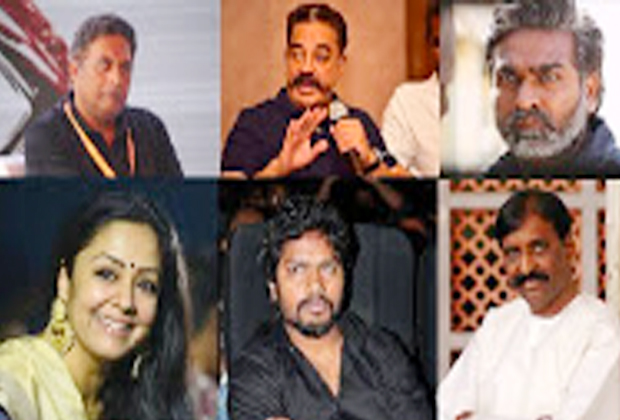 Tamil Film industry evolved faster in terms of technology and genre, when compared to film industry in other states. Right from the beginning (1930s), Tamil Film industry served as an excellent medium to convey the Bharatheeya values, patriotism and religious ethos through its films. The film producers and directors used this platform to portray the high moral values of Hinduism and reached the culturally rich messages of our vedas, puranas and scriptures to the masses. Tamil language, Tamil literature and Tamil kings were held in high esteem and the services rendered by freedom fighters were all central subject of Tamil film industry once. Film makers like AP Nagarajan, BR Panthulu, Chinnappa Thevar, Rama Narayanan, etc., evoked religious sentiments and patriotism in their movies for the larger good of the society.

However, the current situation prevailing in the Tamil Film industry is a cause of concern to the people of Tamil Nadu not only with regard to the drop in the standard of movies, but also with regard to the Anti-Hindu rhetoric by industry stalwarts both on and off the screen. Especially, this Anti-Hindu trend is more prevalent now in Tamil Film industry than ever before and it looks unabated.

The utterances of leading film personalities Jothika, Vijay Sethupathi, Prakash Raaj, Kamal Haasan, Paa.Ranjith, Gowthaman, Vairamuthu against Hindu sentiments are a clear indicator of the fact that Tamil Film industry is maligned and prejudiced against Hindus. It does not look like isolated incidents of a few individuals, airing their personal views. It is a clear case of a concerted effort motivated by certain forces, who are hell bent upon rendering anti-Hindu tirades in the society, seep through the film industry. Hindus need to remember that whenever they protested, these anti-Hindu champions buckled for a while, only to rear their ugly head again.

The utterances against our Saint Andal, against Lord Ram, against Thanjavur Temple and now against Saint Thiyagaraja are all done in regular intervals. There was a presentation made by Haran Prasanna (who closely follows Tamil Film Industry) at 2019 Pondy Lit Fest, where he categorically chronicled the anti-Hindu propaganda in the Tamil Film industry. He sarcastically mentions that a time may come in Tamil Nadu, when the censor board might question the movie director if there were no anti-Hindu tirade in the movie.

Hindus do not want the Film personalities to hurt other religious sentiments in the same vein, but only expect that they give the same respect and adopt the cautious approach that they take while handling other religions’ sentiments. Is it too much to ask for from the Tamil Film industry ? Common public would like to know.