The move by the Ernakulam district administration is as per the Kerala HC direction on August 12. 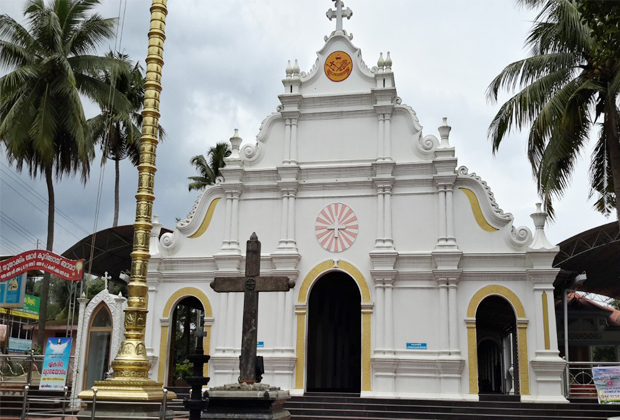 The Kerala government took control of Marthoman Jacobite Syrian Cathedral Church at Mulanthuruthy in Ernakulam district, which has been in the focus of a dispute between Jacobite and Orthodox factions of the Malankara Church, a prominent non-Catholic Christian community. Tension prevailed at Marthoman church at Mulanthuruthy in Ernakulam district in Kerala on Monday morning after the district administration forcefully took control of the church as per court directive.

In an early morning operation, a police team entered the church, situated about 10 kilometres from Kochi city, by breaking the locks and arrested priests and devotees who tried to obstruct them. The police action was in view of the court directive to give an update on Monday about the implementation of its earlier order to take control of the church from the Jacobite faction of the Malankara Orthodox Syrian Church.

Take over triggered by SC verdict

The takeover has brought to the forefront a decade-long dispute between Jacobite and Orthodox factions of Malankara Church. The Church at Mulanthuruthy, built in AD 1200, has been managed by Jacobite faction, but as per a Supreme Court verdict of July3, 2017, its ownership should go to the rival Orthodox Church.

The Supreme Court had upheld the validity of the 1934 constitution of the Malankara Orthodox Syrian Church to govern the parishes under the Church. Although the court verdict came on dispute over the ownership of two churches, it impacted over 1000-odd churches. The court verdict had given a clear upper hand for the Orthodox faction, which has been governed by the constitution of 1934.

Since the SC verdict, several churches under dispute have already been handed over to the Orthodox group despite stiff resistance from the bishops and laymen from the Jacobite Church. As the government delayed implementing the SC order due to political compulsions, the Orthodox Church moved various courts against the non-compliance of the order of the apex court.

The Marthoman Jacobite Syrian Cathedral Church at Mulanthuruthy was established in AD 1200, It is one of the ancient Churches in Kerala. The church is a fine example of Gothic architecture. The carvings, sculptures, symbolic icons and wall paintings, are a blend of Indian, West-Asian and European architecture. Most of the parishioners belong to the Jacobite faction.

The dispute has been running for decades in various courts. The Supreme Court had heard several petitions. The ruling of 2017 came on a petition moved by the Orthodox Church, which demanded that all churches under the Malankara Church be governed as per the Church Constitution of 1934. Under this, they claimed their right over the management of St Mary’s Church, Piravom. In 2017, the Supreme Court upheld the demand of the Orthodox Church. As per that order, the ownership of St Mary’s Church at Piravom in Ernakulam district, which is currently held by the Jacobite Church, should be handed over to Orthodox Church, and so should the ownership of 1,064 other churches in dispute.

Last year, the Supreme Court pulled up the Kerala Chief Secretary over the state government’s failure to implement its order 2017, on a dispute over the ownership of churches and their properties between Orthodox and Jacobite factions of Malankara Christian Church in Kerala.

Of the 1,064 churches whose ownership is under dispute, some 15 have remained closed without worship for several years. A few abandoned churches have got dilapidated after both factions built their own separate places of worship. The battle for ownership is very intense in around 200 churches, where both factions are equally strong. The numerical strength of rival factions in each parish decides who controls the local church and its properties.