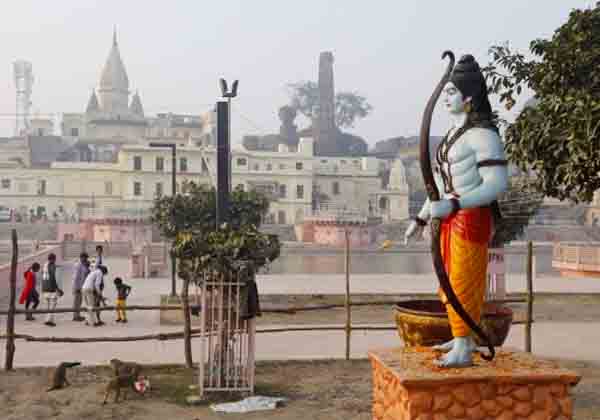 The Rashtriya Swayamsevak Sangh (RSS) on Wednesday welcomed the CBI Special Court’s judgment in the Babri demolition case. “Rashtriya Swayamsevak Sangh welcomes the CBI Special Court’s verdict of acquitting all those who were accused in the demolition case of the controversial structure,” said RSS Sar Karyavah Shri Suresh Bhaiyyaji Joshi on Twitter.

“After this verdict, all sections of the society should come together to combat the challenges being faced by the nation successfully and work towards the development of the nation,” he added in his statement in Hindi.

A special Central Bureau of Investigation court today delivered its verdict in the disputed structure demolition case. BJP leaders LK Advani, Murli Manohar Joshi and Uma Bharti and former chief minister Kalyan Singh along with 28 other accused have been acquitted by CBI special judge Surendra Kumar Yadav. The Special CBI Court said that the 1992 demolition of the disputed structure at Ayodhya was not pre-planned.

Welcoming the judgment, VHP President Alok Kumar called it victory of ‘truth and justice’. Shri Alok Kumar said, “The decision in the criminal case related to the disputed structure of Ayodhya has arrived and truth and justice have triumphed. However, it took 28 years for the courts to pass this decision. We hope that with this decision, there will be clarity on those subjects which have been disturbing the Hindu psyche for the last 472 years.”

“There were 49 FIRs, the prosecution produced 351 witnesses and around 600 documents were given in the court. The tenure of the judge hearing the case had to be extended several times even after he retired. Then this decision has come,” he said.

Shri Alok Kumar also remembered the 17 accused who passed away during the trial including Bal Thackeray, Ashok Singhal, Mahant Avaidyanath, Giriraj Kishore, and Vijayaraje Scindia, etc. He said, “In the order of Hon’ble Supreme Court on November 9, 2019, it was declared that the subject land in Ayodhya does in fact belong to Ram Lalla Virajman and today’s decision has debunked the conspiracy charges as well. Now is the time that we rise above politics, and instead of looking back, again and again, move forward to build an organized and advanced India.”

“Indian society now has to focus its attention on the future. The Vishwa Hindu Parishad dedicates itself to the construction of a grand temple at Shri Ram Janmabhoomi, and the establishment of ‘Samaras Samaj’. At the same time, we have to create a strong India that can successfully face the challenges within itself and at the border. The Vishwa Hindu Parishad will continue its struggle to protect the temple and its properties and the income of the temple will be spent only for works of religion and social interest,” he added.